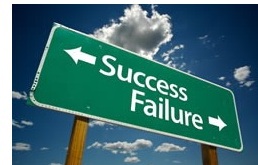 Over many years of trading, I’ve found certain principles to be true. Understanding and using basic principles provides an anchor of sanity when trading in a crazy world. Whenever I find myself under stress, questioning my judgment or my ability to trade successfully, I pull out these basic trading principles and review them.

Don’t Try to Predict the Future

When I started trading I used to think that there were experts and geniuses out there who knew what was going to happen in the markets. I thought that these traders and market gurus were successful because they had figured out how to predict the markets. The hard truth about trading is Predict and Perish. As a trader I will make money when I take trade as per my trading system not when I predict what is going to happen in future. It might happen, It might not happen, but if you get in vicious circle of prediction and trading you will be never able to succeed in long term. Its your discipline and risk management which will decide your fate as trader.

No one knows where the market is going

It took me a long time to figure out that no one really understands why the market does what it does or where it’s going. It’s a delusion to think that you or anyone else can know where the market is going. I have sat through hundreds of hours of seminars in which the presenter made it seem as if he or she had some secret method of divining where the markets were going. Either they were deluded or they were putting us on. I have seen many complex Fibonacci measuring methods for determining how high or low the market would move, how much a market would retrace its latest big move, and when to buy or sell based on this analysis. None has ever made consistent money for me.

No one knows when the market will move

3 thoughts on “The Principles of Successful Trading”