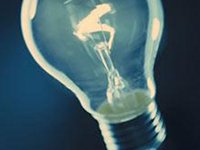 Few Important quotes which can keep you going into this amazing field of trading:

“How do you lose money? It is either bad day trading or a losing position. If it’s a bad position that is the problem, then you should just get out of it.”

“Clear thinking, ability to stay focused, and extreme discipline. Discipline is number one: Take a theory and stick with it. But you also have to be open-minded enough to switch tracks if you feel that your theory has been proven wrong. You have to be able to say, “My method worked for this type of market, but we are not in that type of market anymore.”

“Until recently, I set goals on a monetary level. First, I wanted to become a millionaire before I was thirty. I did it before I was twenty-five. Then I decided I wanted to make so much a year, and I did that. Originally, the goals were all numbers, but the numbers are’t so important anymore. Now, I want to do some things that are not only profitable, but will also be fun.”

“The composite profile of a losing trader would be someone who is highly stressed and has little protection from stress, has a negative outlook on life and expects the worst, has a lot of conflict in his/her personality, and blames others when things go wrong. Such a person would not have a set of rules to guide their behaviour and would be more likely to be a crowd follower. In addition, losing traders tend to be disorganized and impatient. Thet want action now. Most losing traders are not as bad as the composite profile suggest. They just have part of the losing profile.”

“One of the basic problems that most traders face is dealing with risk. For example, two primary rules to successful speculative trading are: Cut your losses, short and let your profits run. Most people cannot deal with those two rules. For example, if making money is important to you – as it is to most people who play investment games – then you will probably have trouble taking small losses. As a result, small losses turn into moderate losses, which are even harder to take – all because it was so hard to take a small loss. Similarly, when people have a profit, they want to take it right away. They think, “I’d better take this now before it gets away.” The bigger the profit becomes, the harder it is to resist the temptation to take it now. The simple truth is that most people are risk-averse in the realm of profits – they prefer a sure, smaller gain to a wise gamble for a larger gain – and risk-seeking in the realm of losses – they prefer an unwise gamble to a sure loss. As a result, most people tend to do the opposite of what is required for success.”

“Generally, I find that top traders believe 1) Money is NOT important; 2) It is OK to lose in the markets; 3) Trading is a game; 4) Mental rehearsal is important for success; 5) They’ve won the game before they start.”