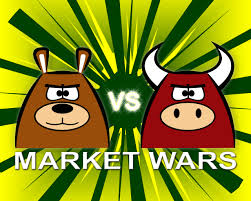 United Spirits is trading near lower end of  uptrending channel, with formation of DOJI candlestick in yesterday trading session.Bounceback is expected to higher end channel once it crosses 2553 odd levels. Sun Pharma after making a new life high of 1084 breaking its channel is again back in its uptrending channel, took support at bottom end of channel and resistance at upper end as shown in above chart. Stock has formed DOJI candelstick at upper end of channel signalling breakdown/breakout is soon on cards. FT is trading firm within its symmetrical triangle formation. On the verge of its breakout/breakdown in next few trading session.