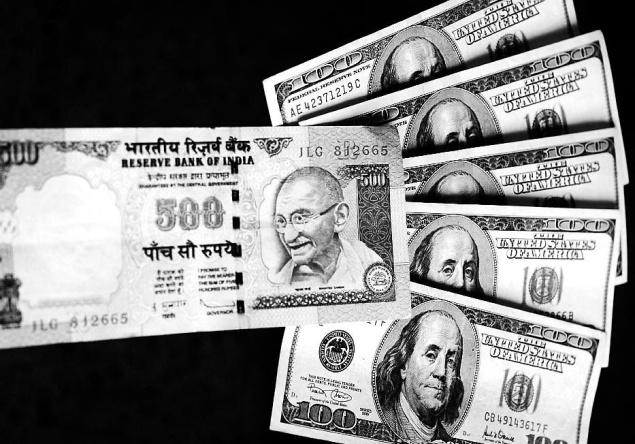 Rupee breached the sacrosanct 57 mark in today’s trade which was last seen on 28 June 2012 plunged almost 5% for the month of May. Rupee is very near to its all time low of 57.32

As discussed US Dollar at 3-Year High   USD has touched its 3 year High at 84.3, US stock market are at life highs,Strength in USD indicated recovery in US economy, We have seen a slew of data indicating the same. Housing Market is recovering, Job situation is improving which make market participants believe the US Fed will be tapering of QE Infinity. Gold which was safe heaven for investor has been quiet volatile off late, So investor looking for stable and non volatile instruments has again turned their attention to USD. So strength in Dollar Index is one of the reason Rupee is depreciating at rapid pace.

FII has sold 3900 cores in Index Futures from start of June Series, this is a hedging move as FII has pumped in 15 Billion Dollars from the start of Year. Also Cash market buying has come to standstill in past few trading sessions.

3. Demand from Gold and Oil importers

India has to import crude oil to meet its domestic requirement. Traders say there has been continuous demand for the greenback from oil importers, the biggest buyers of dollars in the domestic currency market, pushing the rupee lower. Oil and gold imports account for 35 per cent and 11 per cent of India’s trade bill respectively. Gold imports hit 162 tonnes in May, twice the monthly average of 2011 when they reached a record.

4. No Green Shoots in Indian Economy

Indian Economy is still not out of woods, Consumer and Food Inflation is still at Highs, Fiscal Deficit is large, IIP is almost flat and Growth concerns still lingers. Rating agencies has told still their is 1/3 changes of reducing rating of India from Current of BBB- with a negative outlook to JUNK status if fiscal and current deficit are not brought under control.

As discussed in  USD-INR will it hit all time low, Weekly forecast  USD has broken out of symmetrical triangle on Weekly chart which has target of Rs 60 in medium term.