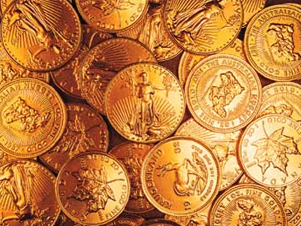 Two weeks ago, with its current account getting crushed by relentless gold imports, India’s finance minister Chidambaram literally begged the people to stop buying gold. Judging by the popular response, the ongoing physical shortage, and last night’s increase in Indian gold import duties from 6% to 8%, appealing to people’s feeling when it comes to the choice of fiat vs physical, has failed miserably. So the FinMin Chidambaram has decided to escalate.  Per Reuters: “The Reserve Bank of India has advised banks against selling gold coins to retail customers, Finance Minister P. Chidambaram said on Thursday, a day after he raised gold import duty to try to ease pressure on India’s bloated current account deficit.” Well, if there ever was one sure way to send demand for any product through the roof (guns, ammo, etc), it is for the government to prohibit its outright sale. What follows next, almost without fail, is a panicked, chaotic buying scramble.

Gold imports by India, the world’s biggest buyer of bullion, surged to 162 tonnes in May — more than twice the monthly average in the record
year of 2011.

“I think the Reserve Bank has advised banks that they should not sell gold coins,” said Chidambaram, while speaking at an event in Mumbai.

Chidambaram also urged banks to advise their customers not to invest in gold.

Why? If it is not clear by now, here is the explanation: there is simply not enough gold to satisfy demand at the current artificially downward-manipulated price, no matter what propaganda script is being spun on Verizon TV at any given moment. And with India’s idiotic decree, even more gold will be purchased at these prices.

2 thoughts on “RBI ask Banks not to Sell Gold Coins”