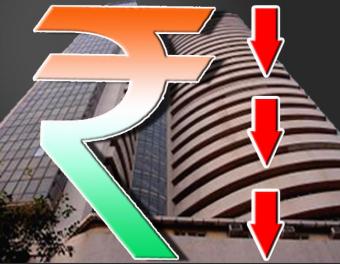 Indian Rupee breached its all time low of 57.32 and made a new all time low at 57.87. Disappointing data from China and slightly better-than-expected US jobs data have put more pressure on Rupee.

The rupee has been falling sharply since the start of May on concerns that the U.S. Fed may withdraw its monetary stimulus and the Reserve Bank of India may not cut rates as much as previously anticipated.

The rupee has been falling for five straight weeks, taking its losses since the start of May to 5.71 percent, to make it among the worst performing currencies in Asia during this period. (Read: Reason for Rupee Weakness)