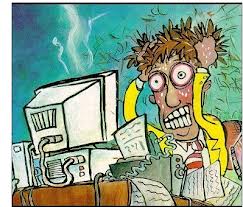 Maslow one commented that, when all you have is a hammer, you tend to treat everything as a nail. So it is with psychologists that involve themselves in markets. Lacking an understanding of actual speculative strategies and tactics–not to mention portfolio construction–they reduce performance problems to the lowest, psychological denominator. In so doing, they confuse cause and effect: they observe frustrated traders and assume that relieving frustration is the key to making money.

The professional speculator, unlike the retail daytrader, rarely falls into performance problems because of derelict discipline or runaway emotions. Rather, it is the very competence of the professional that leads to performance challenges. *It is when pros are most in sync with markets, identifying and profiting from themes and patterns, that they are most vulnerable to ever-changing patterns of direction, volatility, and correlation*. The confidence that permits healthy risk-taking under the best of speculative conditions inevitably gives way to confusion and frustration when skilled participants are no longer in sync with their markets.

The wise speculator utilizes this confusion and frustration as information: they often are early signs that something meaningful has shifted in the marketplace. The proper intervention in such circumstances is not to quell the frustration with psychological exercises. Rather, it is to extract the information from the situation and feed that forward into strategy and tactics. Very often, today’s bad trade was a good trade in yesterday’s regime: there is information in that.

It is when the confusion and frustration are taken personally, as threats, that setbacks are most likely to turn into slumps. If one stops looking for ever-changing market patterns, then the only other source of changed performance is oneself. The internal focus leads to altered trading behavior, much as a pitcher experiencing a control problem might start aiming the ball and altering his delivery. Such alterations begin vicious cycles of diminished performance and unhelpful adaptations.

Ironically, in embracing ever-changing patterns–and the inevitable responses to those as regimes shift–traders are most able to make helpful adaptations. It is when good trades turn out to be losing trades that speculators gain some of their most important information about markets.