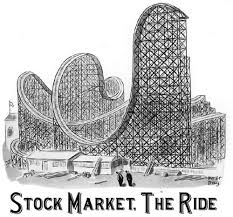 What happened in Japan last week (a 14% decline after a 85% rally since last fall) is an example of markets getting ahead of the facts on the ground.

But what happens next? After a 70% run-up over 6 months, how have stocks performed? The answer may surprise many…

Another optimism test: how frequent are 70% equity market rallies over just 6 months? The table below shows all the episodes of 70%+ stock market rallies in a six-month time span one can find across major markets throughout history. There aren’t that many, and the color schemes denoting the years in which they occurred show that many of them don’t last.

[So of the 14 episodes in history of a 70% rise over six-months, 10 of those have reversed entirely or collapsed after…]

The mega-experiment will continue in Japan, and I do think that the policy mix in Japan is more aggressive and deeper (including structural reforms) than prior ones. But to me, the easiest money of being long Japanese equities and short Yen has already been made.