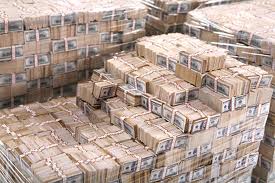 I was very happy to discover that the Forbes Rich List was scattered with investors and hedge fund managers who have profited handsomely despite giving fundamentals a back seat.  Here are my favourites from the 2012 list: 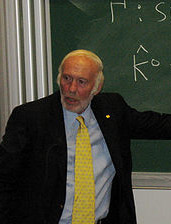 Sometimes referred to as the “Quant King” he is also a maths guru and a very smart cookie who studied maths at MIT and got a Ph.D. from UC, Berkeley.  Simons deciphered codes for U.S. department of defence during Vietnam and went on to found Renaissance Technologies in 1982 and at the start of 2013 was managing over 15 billion.

He Co-authored Cherns-Simons theory in 1974; a geometry based formula now used by mathematicians to distinguish between distortions of ordinary space that exist according to Einstein’s theory of relativity.  In addition to this it had been used to help explain parts of the string theory.

Renaissance Technologies is a quantitative hedge fund that uses complex computer models to analyze and trade securities.  A $10,000 investment with them in 1990 would have been worth over $4 million by 2007.

We are a research organization… We hire people to make mathematical models of the markets in which we invest… We look for people capable of doing good science, on the research side, or they are excellent computer scientists in architecting good programs. – James Simons

The flag ship Medallion Fund trades everything from Pork Bellies to Russian Bonds.  In 2008 the fund forged ahead another 80% even after the 5% management and 44% performance fee.  More recently 9.9% returns were seen net of fees through the end of July 2012.  Unfortunately the Medallion fund is now only open to employees, family and friends.

The key to the success of Renaissance Technologies has much to do with the people they hire; PhDs and not MBAs. About a third of their 275 employees have PhDs.  Those on the payroll include code breakers and engineers, people who have worked in computer programming, astrophysics and language recognition.

They also look for people with creativity.  Simons says that creativity is about discovering something new and you don’t do that by reading books or looking in the library, you need ideas.

Everything’s tested in historical markets.  The past is a pretty good predictor of the future.  It’s not perfect.  But human beings drive markets, and human beings don’t change their stripes overnight.  So to the extent that one can understand the past, there’s a good likelihood you’ll have some insight into the future. – James Simons 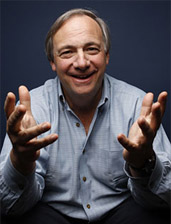 Placed his first trade at the age of just 12, studied finance at Long Island University and got and MBA from Harvard in 1973.  Dalio traded futures early in his career and founded Bridgewater Associates in 1975 when he was just 25.  From the moment he started managing money Dalio kept notes in a trading diary with the hope that his ideas could later be back tested.

Now king of the rich hedge fund industry, Dalio controls the world’s biggest hedge fund Bridgewater Associates which has about $130 billion in assets.  His flag ship fund ‘Pure Alpha’ has had an average annual return of 15% from 1992 – 2010 and has never suffered a loss over 2%.  Big bets on U.S. and German government bonds saw his funds surge about 20% in 2011; a year where most hedge funds struggled.

Dalio focuses heavily on understanding the processes that govern the way the financial markets work.  By studying and dissecting the fundamental reasons and outcomes from historical financial events he has been able to translate this insight into computer algorithms that scan the world in search of opportunities.  He says by doing this research it provides “a virtual experience of what it would be like to trade through each scenario”.

Ray is particularly interesting because he does not believe in an approach devoid of understanding fundamental cause-effect relationships.  He has however been able to use technical analysis to identify mispriced assets based on fundamental information.  So to say that Ray gives fundamentals analysis the back seat to technical analysis would not be entirely accurate.

Well defined systems, processes and principles are his key when is comes to making investing decisions.  All strategies are back tested and stress tested across different time periods and different market around the world to ensure that they are timeless and universal.  The strategies are all about looking at the probabilities and extreme caution is exercised; for a hedge fund Bridgewater uses relatively low leverage of 4 to 1.

While the hedge fund industry as a whole has an average correlation to the S&P 500 of 75% Dalio claims to have discovered 15 uncorrelated investment vehicles.  Bridgewater focuses mostly in the currency and fixed income markets but uses powerful computers to identify mispriced assets on dozens of markets all over the world.  To find so many different uncorrelated investments requires stepping well beyond the realm of the stock exchange.

I learned to be especially wary about data mining – to not go looking for what would have worked in the past, which will lead me to have an incorrect perspective.  Having a sound fundamental basis for making a trade, and an excellent perspective concerning what to expect from that trade, are the building blocks that have to be combined into a strategy. – Ray Dalio 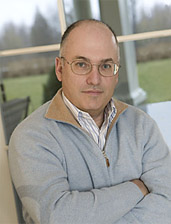 Now a well know force on Wall Street due to his world class performance and high volume of trading which accounts for about 2% of the daily volume on the New York Stock Exchange.  Steven started trading options in 1978 and made $8,000 on his first day.

Steven keeps his activities very secretive but his style is understood to be high volume hair-trigger stock and options trading.

The old guard wasn’t crazy about me, I used to hear it all the time… Most of the old-school had no belief in anything that wasn’t based on fundamental analysis… We were trading more than investing, and people frowned on it, they looked at it and didn’t want to partake.  Finally, they said, ‘Shoot.  He’s making money.’ And they started copying me. – Steven Cohen

He believes that 40% of a stocks price fluctuations are due to the market, 30% to the sector and 30% to the stock itself.

Despite the great performance of SAC Capital their best trader makes a profit on 63% of their trades while most of the traders are profitable 50-55% of the time.  Interestingly 5% of their trades account for virtually all their profits.  Something to keep in mind the next time you get a spam email claiming that your can buy a 95% accurate ‘Stock Trading Robot’.

Steven attributes the success of SAC to the breath of experience and skills found in the people working for the firm.  They look for traders who have the confidence to take risks, those who wait for someone to tell them what to do never succeed. 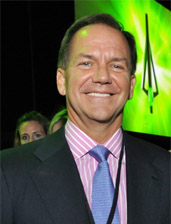 Both a discretionary and systems trader who had his early success trading cotton futures.  Jones majored in economics at the University of Virginia in 1976 and got a job working for the cotton speculator Eli Tullis not long after graduating.  The greatest lesson that he learnt from Eli was emotional control but was later fired for falling asleep on the job after a big night out on the town with his friends.

Much of his fame came from predicting the 1987 stock market crash from which he pulled a 200% return or roughly $100 million.  Jones claims that predicting the crash was possible because he understood how derivatives were being used at the time to insure positions and how selling pressure on an over priced market would set off a chain reaction.  He says that you need a core competency and understanding of the asset class you are trading.

He attributes his success to a deep thirst for knowledge and strong risk management.  Jones is a swing trader, trend follower and contrarian investor who also uses Elliot Wave principles.  Most of his profits have been made picking the tops and bottoms of the market while often missing the ‘meat in the middle’.  Jones believes that prices move first and fundamentals come second.

A self professed conservative investor who hates losing money.  He tries to identify opportunities where the risk/reward ratio is strongly skewed in his favor and does not use a lot of leverage.  In his eyes a good trader is someone who can deliver an annual return of 2-3 times their largest draw down.

Don’t be a hero.  Don’t have an ego.  Always question yourself and your ability.  Don’t ever feel that you are very good.  The second you do, you are dead… my guiding philosophy is playing great defense.  If you make a good trade, don’t think it is because you have some uncanny foresight.  Always maintain your sense of confidence, but keep it in check. – Paul Tudor Jones II