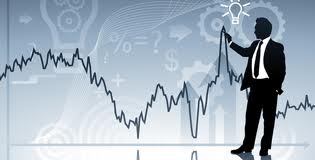 Originally a stock analyst but got sick of having to write bullish investment advice on overpriced companies.  He developed and combined several technical indicators in an effort to determine lower risk entry points for his trades.  Schwartz found success when he shifted to technical analysis and focused on mathematical probabilities.

He ran his account up from $40,000 to $20 Million and also won the U.S. Investing Championship in 1984.  When asked if Technical Analysis works he replied “I used fundamentals for nine years and got rich as a technician”.  A big advocate of moving averages, Schwartz identifies healthy stocks by looking for positive divergences in price action over the broad market.

Lost all his capital several times while learning to trade including one occasion when he lost more than his entire net worth.  In 1982 he sold naked calls on Cities Service that expired deep in the money.  His account dropped from $165,000 to a deficit of $350,000 in a matter of days; a total loss of $815,000 when taking into account for the money that he lost in his family’s accounts.

Not one to give up, after five years Mark had totally recovered from the losses but vowed never to sell another naked option.  He attributes his turn around in success to the development of what he calls the ‘Cumulative Tick Indicator’.

There is a widely used indicator called the ‘Tick’ that measures the number of NYSE stocks whose last trade was an uptick minus the number whose last trade was a downtick.  When the ‘tick’ indicator is above or below a neutral band the ‘cumulative tick indicator’ starts to add or subtract the ticks from a cumulative total.  This works as an over brought and over sold indicator.  When it reaches extremes of bullish or bearish readings the market tends to reverse direction.

In 1989 Cook finished second in the US Investing Championship trading stocks and in 1992 after shifting to options he won the championship with a return of 563%.  Now he trades options holding them 3-30 days and day trades S&P 500 and NASDAQ futures.

An options trader and technical analyst who had a string of 18 profitable years clocking an average return of 72%.  His first loss was in 1990 with a 35% drawdown.

He described his style as only taking risks when the odds are in his favor.  After an extensive two year study he identified ‘life expectancy’ profiles for market moves.  For example he noticed that an intermediate swing on the Dow during a bull market is typically 20%.  After that 20% has been realized the odds of further advances are diminished significantly.

Understanding this makes a big difference he says, like when a life insurance policy is written the risk profile of an 80 year old is very different from that of a 20 year old.  Sperandeo believes that the most common reason for failure with technical analysts is that they apply their strategies to the market with no allowance for the life expectancy of the bullish or bearish move.

THE pioneer when it comes to computerized trading systems.  Inspired by the work of Richard Donchian he began developing futures trading systems in the 1970s.  Seykota tested and implemented his ideas using an IBM 360.  This was well before the days of online stock trading, back then such computers were the size of a large room and were programmed using punch cards.

Originally he wrote trend following systems with some pattern recognition and money management rules.  By 1988 one of his clients’ accounts was up 250,000% on a cash-on-cash basis.  Today it is reported that his daily trading efforts consist of the few minutes it takes him to run his computer programs and generate the new signals.

Ed attributes his success to good money management, his ability to cut losses and the technical analysis based systems he created.  He refers to fundamentals as “funny-mentals” explaining that the market discounts all publicly available information making it of little use.