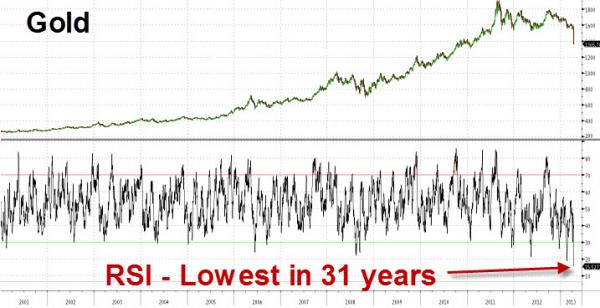 15 April is the largest one day decline from the previous day’s close @ -9.6%. Volume is already north of 530,000
There have been three rounds of liquidations.

RSI shows gold to be the most oversold in 31 years… What Happened The Last Time We Saw Gold Drop Like This?