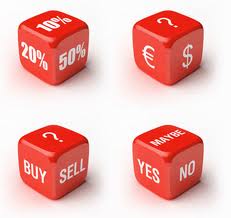 New Financial Year is starting and many traders will start trading in new trading account. Hera are some important aspects traders should keep in mind so as to aviod trading account blow off and quickly closing the account.

Trading in  new trading account is always difficult, Its similar like a Buying Your DREAM car and driving it ,even though you are an expert driver but you will be cautious so as not to get a single scratch. On Similar grounds  Due to  variety of reasons (e.g. excitement, impatience, etc.),  new account is primarily difficult to trade because the account has no buffer between being profitable and unprofitable.

Not Trading Properly is where the trader makes mistakes that they would not normally make, due to pressure to perform traders modifies their trading technique in order to maximize the potential for the first trade being profitable (so they think). In actuality, the trader has most likely modified their trading technique in a manner that minimizes the potential for the first trade to be profitable, and therefore they make the unprofitable trade that they were trying to avoid. For example, a trader might decrease the size of the trade’s stop loss thinking that a smaller stop loss is lower risk, without realizing that the smaller stop loss is actually higher risk because the stop loss is now placed incorrectly, and is more likely to be reached.

Lack of trading is where the trader does not make any trades for the new account, because the fear of making an unprofitable trade prevents them from making a trade at all.

A new trading account should be traded in exactly the same manner as an account that is well in profit, because it is correct trading that will make the new account a profitable account. The trader should trade according to their trading technique without any modifications, and the risk management  and money management.

As discussed in previous article Discipline,proper risk  managements and stick to trading plan are the key to success for a trader.Its always better to learn and earn, instead of getting hard knocks from market, at last its your hard earned money you are risking.

Option Strategies That All Options Traders Should Know

Where learning ends, beginning of practice happens and that is transformation !