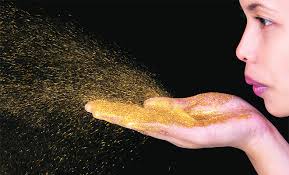 Why the gold price has suddenly dropped so quickly?
There are many opinions, ranging from conspiracy to cyclical or chart-based technical reasons. I have no idea. And I know no one who really knows. Although many people believe, to know the reason, but that’s not the same.

Do you have at least a guess?
We still do not know what caused the stock market crash in 1987, and we’ll probably never find out. The same applies to the slump in the gold market in recent days. To know the cause, would be nice, but is not so important.

What does the falling gold price?
Each boom has  large corrections, and these are often violent. In the gold market, there was a break in the mid-seventies, the price fell more than 40%. This was painful, and many people wrote back then: for gold – it felt like the end of the bull market; not true. This was a healthy correction. 1987 shares fell 25% in one day, that did not mean the end of the bull market. 1994 broke the bond market. In 1997, the Asian markets, but in both cases continued to rise.

Can the translate that directly to the gold market?
The collapse does not necessarily mean that the gold bull market is over. They could indeed be over, but I think not. And in view of the great whole, such a collapse is not important, even if it is violent and unpleasant course. There are good reasons to own gold. And to buy gold, there is now a reason more than a week ago: It’s 30% cheaper.

So is this a buying opportunity, or should we come to doubt the bull market?
I have no idea if the gold price rises or falls in the coming months. But gold endures. The market strategist Marc Faber argues, the share price of Apple had fallen much more than gold. But what will happen with Apple in ten or a hundred years? That nobody knows, and this applies to all companies and for most currencies. All we know is: A gold bullion a hundred years ago is the same as a gold bullion now. In Roman times, they said “let himself pay one ounce of gold a decent toga and a meal,” that is still true today.

The price of gold fluctuates but violently.
Yeah, we just saw a spectacular fluctuation. But owning gold brings with it durability. This makes gold as an investment is very attractive.

Discontinuity does not fit into a durable investment.
Gold is up for twelve years in a straight line, which is extremely unusual. Since it takes a downsizing, a certain liquidation. This is not unnatural. While this largest price drop in the past thirty years is unusual, on the other hand, these unusual incidents occur quite often in financial markets. A correction was overdue. Now, the gold market has become healthier.

Gold will now be seen as less?
The mood in the financial markets has changed. Investors have become more confident that the worst is over and everything will be all right: Europe has solved its problems in principle, that the U.S. is on track, and China beat well. I had predicted that China will have a difficult year 2012, but it has not materialized. All this ensures optimism. Those who had bought gold for fear of imminent higher inflation, perhaps now sees no more danger of inflation and thus an end to the gold price increases – why should he keep gold?

Is inflation coming?
I was never bullish for gold, because I assumed higher inflation is imminent. Inflation is slow and is a long-term problem. You will not see it suddenly – such fears I’ve never understood. But those who acquired gold for the wrong reasons, it may now be sold. Those who maintain it now belongs to a more stable investor base.

The market sentiment has not brightened rightly
Look around: States and financial systems are deeply in debt, interest rates can not fall further, real interest rates are negative, we live in a world of financial repression. The best possible outcome would be a gentle rise in interest rates in the coming years. This would be accompanied by negative real interest rates, because that is the only way for governments to gradually reduce their debt burden. In this scenario, long-term interest rates remain extremely low and therefore overvalued stocks and bonds. That’s not a bad environment for gold.

What are worse scenarios?
The danger is that the central banks lose control of inflation and interest rates. This is a deadly combination for the bond market, and also for stocks that showed up in the seventies. There are also other dangers: Europe is a time bomb. The euro was supposed to bring peace and prosperity and has instead caused a split. China deregulated the financial system, and the debts have grown significantly. The country is now where were the U.S. was before the financial crisis. This is a dangerous game. On credit expansion sooner or later followed by a reduction in debt. The consequences of this are evident in the U.S., Spain, Ireland, in the euro zone – also politically and socially. That will not be any different in China.

Gold rose in parallel with the expansion of central bank balance sheets. This is no longer?
I am very careful of such correlations. As I learned as a student with extensive econometrics, you can in fact establish a correlation between rainfall in Scotland and the money supply in the UK. Correlations do not mean much, even if the relationship between central bank balance sheet, fear of inflation and the gold price is reasonable. The fear may subside, then breaks up the correlation.

Should central banks in emerging markets buy more gold?
I do not know. If I were central banker, I would certainly do that.

Gold is not a safe haven anymore?
Gold will not protect against a crash in the financial markets, it showed that in 2008. If many investors simultaneously urgently need cash, they sell everything they have, including gold.  If confidence in the currency is lost, or in the bond market, then gold is a safe haven. This happened to some extent in the seventies. Holding gold before the last crash was the right choice and it is now more than ever. I suppose I do not know how to evaluate permanence, but it is worth a lot to me.