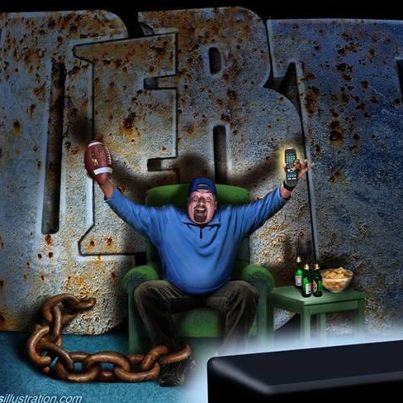 It has been said many times before that the world of politics is an area of unanticipated irony. Not so long ago, a population of dreamy-eyed hopefuls stood in front of a President-elect and wanted to believe in the practical and prudent ways that were laid out so seemingly trouble-free.
From where we stand today, the whirlpool of ever-increasing debt doesn’t seem to be intimidated by the policies of the past. In this article, we are going to discuss briefly just how the money that revolves around social debt is controlling the lives of the people.

When the Mayhem Started

Looking at it from a cold-blooded perspective, since the government cannot have a no-policy on something as telegenic as the student debt crisis, the management dutifully came up with what turned out to be gabble and called it a policy. All through this period, we did not see a single effort from the delusional administration to lay out a conciliatory reform. And a year or so later, here we are, watching the fate of millions of youth grow dimmer every day.

In the past few years, the term ‘college bubble’ has been heard of plenty of times while discussing the state of student debt in the country. That being said, the amount of debt put on by the student loan is at an all-time high.
Some estimate the number to be an estimated twenty five thousand dollars per student and that number is only going to rise in the coming years. The rate at which college tuition fees are rising is soon going to overshadow that of the current inflation. These are startling figures, which are only going to devalue the various college degrees and push away young people from getting a real college degree, further decreasing their chances of participating in the country’s economy.

Lending to sub-prime borrows is the most favored way of getting people to default and stay in debt for a long period of time. Lenders usually give out loans to people who have checkered employment careers because they have a much higher chance of defaulting on their loans. In this way, the lenders get to make huge amounts of money by increasing the interest rates of the loans after any given period.

How financial institutions make their money is not always simple or benign. We all know about how large financial institutions make investments in or proffer loans to a certain business and, at the same time, buy options in the opposite direction.
This occurrence is thought of as a standard procedure and is not necessarily all that problematic. It is often seen as a financial institution simply trying to control the downside risks in case the investment or loan takes a turn for the worse. These corporations can, however, put their employees at risk if they invest too much in either direction and are unable to maintain suitable profits.

No matter how much we try to avoid it, the truth of the matter is that the United States of America is a nation of big spenders and over-spenders. For this reason, most people have a troubled relationship with money. The problem only increases after they get into a relationship. Some people may have no problem with money individually, but the trouble usually starts once they’re in a relationship.
Psychotherapists have observed that couples usually polarize around money. Couples often tend to assume defensive styles and personalities when it comes to money. It is a common conception that a hoarder will usually marry a spender, which makes America a nation of over-spenders. People live in a market economy and are led to believe that they are good citizens to the degree that they go out and spend lavishly.
Most of this is also due to community breakdown and spiritual alienation found in most of the people. If they are not overspending, they spend their time typically worrying about money or compulsively hoarding it.
After years of sitting on their own hands, it’s about time the financial institutions got their act straight for the betterment of the U.S. and its citizens.

Angelina is a respected writer and entrepreneur who frequently writes on debt settlement and other financial news. For more information on this subject, you can log  check her company site i.e. Consolidated Credit.