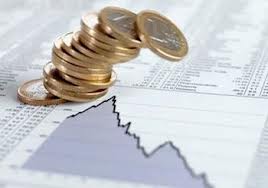 Share Pledge by Promoters term have been making headline on Blue channel and news paper after the atrocious and devastating fall we saw in Mid caps in last week of February. It began with Sell off in couple of mid caps shares in last week of feb spread as a contagion to many other stocks eroding 40-80% of market capital of companies in matter of 2 weeks.

Stock market investor and traders if they refresh theie memories similar fall had happened in Jul 2012 and Nov 2011.Brokers tracking the midcap space and officials at some non-banking finance companies say the contagion has been caused by group pledging of shares by companies who were unable to raise funds against these shares, individually.

So question arise in Why promoters pledge shares of their companies?

Promoters pledge share to raise funds for numerous reasons ranging from personal needs to business expansion and acquisitions. As Global Econmy is going through tough time Fund raising has become difficult and expensive as we are living in a High interest rate environment.  Also raising funds for Stock market for not so famous promoter  has also become difficult due to uncertain global conditions . So only way left with many promoters is to pledge their shares.This can prove to be a double-edged sword if the share prices fall further and trigger margin calls

What is the  modus operandi of Pledging shares?

Promoters starved of funds would form a group and approach such a broker/operator X, adept at fixing deals. Broker X would ask all the promoters of this group to pledge a portion of their shares, and would then approach an NBFC, offering this basket of shares as collateral. The logic was simple: even if the stock price of one company in the basket declined, the NBFC would not have to resort to a fire sale, because the other stocks would provide the cushion.

The NBFC would lend the money to this broker, who would pass the funds to the promoters after taking his cut. In theory, this model should have worked well for everybody concerned. But when there are too many doubtful characters involved, even the best of plans fail.

The syndicate of promoters approached more than one broker, pledged their shares and borrowed money.

Some of the promoters were in dire need of funds as their foreign currency convertible bonds (FCCBs) were coming up for redemption, and they had to maintain their stock price above the conversion price so that the lenders would convert their loan into shares. Else, the lenders would demand repayment of the loans, which most companies were not in a position to do so.”

If price of one or two stocks in the basket is under pressure, the broker/operator would ramp up the price of some other stocks, so that the overall value of the basket was not affected, and there were no margin calls.

But when managing the prices of other stocks became a problem, the value of the basket fell and there were margin calls from the NBFCs.

When the additional margin is not provided, the NBFCs dump the most liquid of stocks to recover the money. And in many cases, there were more than one lender in equation. So the moment one of the lender started selling, other lenders too followed suit, causing a domino effect across stocks.

Assume a promoter wants to raise money by pledging his shares, and the NBFC is willing to give him 50% of the value of the shares. If the promoter wants to raise Rs 50, he has to pledge Rs 100 worth of shares. The amount loaned against the collateral depends on the liquidity in the stock, the company’s financials and the promoter’s track record, and could vary from 40-70 percent of the collateral.

This was the reason why we saw Steep price fall in Core Project the Funds starts dumping the shares as margin call triggred, such steep fall raised the margin calls with other funds and NBFC and thats the reason IFCI dumped 15 lakhs shares at 67 Rs for Core Project.