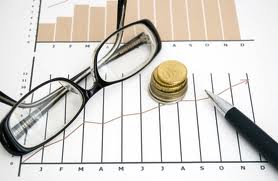 #10 Under the leadership of CEO Heinz Schimmelbusch, German metals and engineering giant Metallgellschaft was on the brink of bankruptcy after losing $1.3 billion on speculative bets.  The firm bet on an increase in oil prices in oil futures markets, but oil prices dropped instead. Full Article

#8 Although much success within the financial markets arises from immediate-short term turbulence, and the ability of fund managers to identify informational asymmetries, factors giving rise to the downfall of the fund were established prior to the 1997 East Asian financial crisis. In May and June 1998 returns from the fund were -6.42% and -10.14% respectively, reducing LTCM’s capital by $461 million. This was further aggravated by the exit of Salomon Brothers from the arbitrage business in July 1998. Such losses were accentuated through the Russian financial crises in August and September 1998, when the Russian Government defaulted on their government bonds. Panicked investors sold Japanese and European bonds to buy U.S. treasury bonds. The profits that were supposed to occur as the value of these bonds converged became huge losses as the value of the bonds diverged. By the end of August, the fund had lost $1.85 billion in capital.

As a result of these losses, LTCM had to liquidate a number of its positions at a highly unfavorable moment and suffer further losses. A good illustration of the consequences of these forced liquidations is given by Lowenstein (2000). He reports that LTCM established an arbitrage position in the dual-listed company (or “DLC”) Royal Dutch Shell in the summer of 1997, when Royal Dutch traded at an 8-10% premium relative to Shell. In total $2.3 billion was invested, half of which was “long” in Shell and the other half was “short” in Royal Dutch. LTCM was essentially betting that the share prices of Royal Dutch and Shell would converge. This might have happened in the long run, but due to its losses on other positions, LTCM had to unwind its position in Royal Dutch Shell. Lowenstein reports that the premium of Royal Dutch had increased to about 22%, which implies that LTCM incurred a large loss on this arbitrage strategy. LTCM lost $286 million in equity pairs trading and more than half of this loss is accounted for by the Royal Dutch Shell trade.

The company, which was providing annual returns of almost 40% up to this point, experienced a flight-to-liquidity. In the first three weeks of September,LTCM’s equity tumbled from $2.3 billion at the start of the month to just $400 million by September 25. With liabilities still over $100 billion, this translated to an effective leverage ratio of more than 250-to-1. Full Article

#6 In 2008, a Brazilian pulp maker lost $2.5 billion on currency bets. At the time, Aracruz was the world’s biggest producer of bleached eucalyptus-pulp.  In 2008, the firm lost big time on Forex trades when it bet that Brazil’s real would appreciate in an effort to hedge against a weaker dollar.  The Brazil’s real ended up tanking. Full Article

#5 In 1996, Sumitomo’s chief trader attempted to corner the copper market and lost $2.6 billion. He went to prison. Yasuo Hamakana, who was once nick-named “Mr. Five Percent” and ”Mr. Copper” because of his aggressive trading style in the copper market, caused Sumitomo to lose $2.6 billion from his unauthorized copper trades on the London Metal Exchange. Full Article

#4 Bank officials claim that throughout 2007, Jerome Kerviel had been trading profitably in anticipation of falling market prices; however, they have accused him of exceeding his authority to engage in unauthorized trades totaling as much as €49.9 billion, a figure far higher than the bank’s total market capitalization. Bank officials claim that Kerviel tried to conceal the activity by creating losing trades intentionally so as to offset his early gains. According to the BBC, Kerviel generated €1.4 billion in hidden profits by the end of 2007. His employers say they uncovered unauthorized trading traced to Kerviel on January 19, 2008. The bank then closed out these positions over three days of trading beginning January 21, 2008, a period in which the market was experiencing a large drop in equity indices, and losses attributed are estimated at €4.9 billion. Full Article

#3 In April 2005, Brian Hunter was, reportedly, offered a $1 million bonus to join SAC Capital Partners. Nicholas Maounis, founder of Amaranth Advisors, refused to let Hunter go. Maounis named Hunter co-head of the firm’s energy desk and gave him control of his own trades. In 2006 his analysis led him to believe that 2006–07 winter’s gas prices will rise relative to the summer and fall – accordingly Hunter went long on the winter delivery contracts, simultaneously shorting the near (summer/fall) contracts. When the market took a sharp turn against this view, the fund was hard pressed for margin money to maintain the positions. Once the margin requirements crossed USD 3 billion, around September 2006, the fund offloaded some of these positions, ultimately selling them entirely to JP Morgan and Citadel for USD 2.5 billion.The fund ultimately took a $6.6-billion loss and had to be dissolved entirely. Full Article

#2 Bruno Michel Iksil, nicknamed the London Whale (for his risky trades) and Voldemort (for his supposed power on Wall Street)is a trader who worked for the London office of JPMorgan Chase who is held responsible for losses up to $9 billion. Reportedly he began working for JPMorgan in 2005 and lives in Paris, commuting to London. It is thought that Iksil, of whom it is said guards his privacy, is married with four children. Full Article