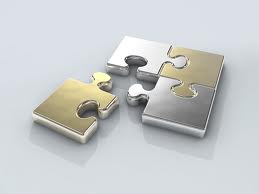 Know yourself. – You can’t improve on something you don’t understand”. Vince Lombardi Leadership Rule#1

All successful traders have one common trait they have high understanding about themselves. How they react to certain situation, they envisage themselves in such situation like when their Stoploss gets trigger how they will react and such emotions are noted in their trading plan. So when in reality such situation occurs it’s not a surprise to them and they never overreact.

Leading traders realize that they are not in control of the market, Market is Like a Wild elephant which moves like it want to do, it do care about who comes in its way and have no personal vendetta for anyone.  The only thing they can do is control their own actions, activities and emotions. A Successful trader understands the way they work, what drives them and their performance, how their mind operates, and their emotions.

As an analogy considers a Surfer (Wave Rider), he has to take account of the conditions of the sea, wave direction, wave speed  and the winds before going on Surfing, however, it is his own actions and decisions that will deem how successful he is. Surfer cannot blame the sea or the wind for failure, he has to put all his efforts, making correct decisions and performing the correct actions.

The top traders do not look to blame others when things do not go to plan, they take full responsibility, they understand that no one is infallible and they too will make mistakes. However, they take full responsibility for their own actions, they do not look to blame others, they seek to understand what they did wrong, and they constantly try and learn from their mistakes. Successful trader also Congratulate themselves and feel good about a trade when they have done what they were supposed to do, according to your trading plan–regardless of the profit or loss on the trade.

To be really successful as a trader you need to fully understand both yourself and the market, not just the market.

3 thoughts on “Secret of Successful Trading: Know Yourself”