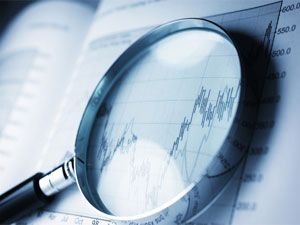 Today we will start discussion on widespread misconception that are floating around the trading community and gets lodged into traders minds. I have been talking to many traders every week, during our talks the misconception will finally come up. A lot of these are inaccurate and ineffective ideas,which lead traders into a cycle of bad trading habit and causes them to lose hard earned money in the markets.What worse is many of these self defeating belief can be found on many trading sites and blue channels which make a trader believe on these misconception.

Lets discuses the  most erroneous trading belief many trader posses and hopefully after reading the lesson will be able to think differently.

1. Let your Winners run and Cut your losses.

We are hear, read old adage “Ride on Winners and cut down your losses” . The same can be found on any trading website you come across or any Business news channel. But this is very subjective term and need further analysis on What this means and How a trader can implement the same.

Majority  traders will exit in small profits and run on their losers, If you do not agree share your experience in comment section below.

Very few try to let their winner run as much as possible but the end results is that they actually make less money over the time. What could be the reason?

Answer lies in our trading mindset and trading psychology. Let me elaborate on it ?

When a trader get into the mindset of setting up huge profit target for every trade he takes, trader will end up in never taking profit forget about taking small profit. Well it might sound absurd but its true psychologically its harder to close a trade when its moving in your favor than when it comes crashing down against you.Majority of traders are trading emotionally and with almost nil money management and no trading plan, contingency plan end up waiting to take profits until trades moves against them and back to entry level. Remember last time you took trade in Nifty at 6000 hoping of selling it at 6300 only and when trade went to 6100 you felt elated but your mindset was 6300 only and ultimately gave up all your profits and ended up in loss. Typically majority of trades are unable to cash on profits when they are up with lot of money,2008 crash most of traders were up 100-200% still they did not took profits as the feeling of warn and fussiness will wipe off.Only when market starts retracing they will end of exit at small profit or losses in most of cases losses.

Why a profitable trade end up being a loss as described above, reasons can be:

This is why I am a big fan of simply taking a 1:2 or 1:3 risk reward profit on most of my trades; it often allows me to exit when the market is in my favor rather than when it’s crashing back against me. I always have a plan of action on how I will manage my exit before I enter, same is taught in our trading courses.

Hope the above article help do let me know your thoughts in comment section below.

2 thoughts on “Misconceptions Of Stock Trading Part -I”