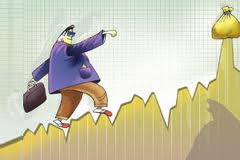 Movements in equity prices are driven by many factors, such as the economy, government policy, earnings, interest rates and valuation. But we think tactical moves (<3 months) are often better explained by sentiment, positioning and technical. While macro, policy and valuations matter, sentiment has worked well in recent years as a contrarian tool to identify short-term inflection points in asset prices. According to BofAML’s new Bull & Bear Index investor sentiment toward risk assets is at a more bullish level today than 99% of all readings since 2002. The current reading of 9.6 (out of 10) is close to max bullish and thus triggers a contrarian “sell” signal for risk assets. In their view, the relative risk-reward of owning equities is unfavorable at this juncture. Since 2002 a “sell” signal of 8.0+ was on average followed by a 12% peak-to-trough correction in global equities within three months.

We believe risk is the permanent impairment of capital and that reducing risk when sentiment is bullish is fundamental to effective risk management.

The current level is extreme by any measure…

with a very clear divergence between sentiment and economic data…

Chart 4 below shows periods (grey bars) when B&B was in EXTREME BULL territory (8.0 or above). During these periods, we believe risk should have been taken off the table.

2 thoughts on “Investor Sentiment at all time High:Extreme Bullishness”