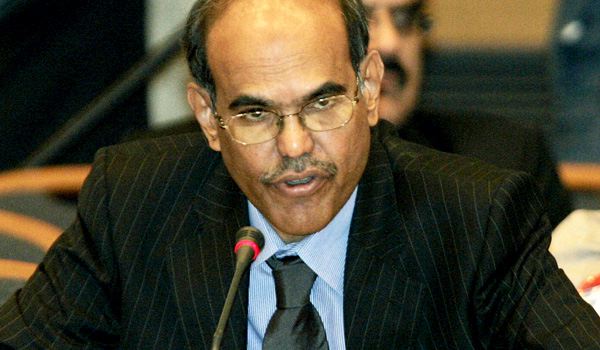 On the basis of the current macroeconomic assessment, it has been decided to:

Consequently, the reverse repo rate under the LAF will remain unchanged at 7.0 per cent, and the marginal standing facility (MSF) and the Bank Rate at 9.0 per cent.

2. Since the Second Quarter Review (SQR) of October 2012, the global economy has shown some signs of stabilisation although the situation remains fragile. While activity is picking up in the US and the UK, near-term prospects in the euro area are still weak. Moreover, there is no clarity as yet on how the US ‘fiscal cliff’ might be managed. While several emerging and developing economies (EDEs) are gradually returning to higher growth, weak external demand and contagion risks from advanced economies (AEs) render them vulnerable to further shocks.

3. On the domestic front, there are some incipient signs of pick-up though growth remains significantly below its recent trend. Also, though consumer price inflation remains stubborn, the pace of moderation in wholesale price inflation has been faster than anticipated. With food and manufacturing prices expected to edge down further, inflationary pressures may ease somewhat in the coming months.

4. Since the SQR, global activity has remained sluggish, but country growth trajectories appear to be de-coupling. In the US, the revised GDP estimates for Q3 of 2012 indicate that a pick-up in growth is underway, supported by rising non-farm payroll employment, home sales and house prices. In order to support a stronger recovery, the Fed continued its quantitative easing, and announced further expansion through purchase of longer-term treasury securities. In contrast, euro area growth contracted for a second successive quarter in Q3, and retail sales have been declining at a faster pace in Q4. In Japan, GDP growth contracted in Q3, triggering a fresh dose of fiscal stimulus. Overall, the global purchasing managers’ index (PMI) for November points to acceleration, with the all-industry index recording an eight-month high. International energy and non-energy commodity prices softened in November for the second month in a row, suggesting lower inflationary pressures.

5. GDP growth in Q2 of 2012-13 at 5.3 per cent was marginally lower than 5.5 per cent in Q1. However, there are some indications of a modest firming up of activity in Q3. Industrial activity rose sharply in October but this is, in large part, due to a low base and festival-related demand which propelled the growth of both consumer durables and non-durables into double digits. Significantly, capital goods production recorded a growth of 7.5 per cent after 13 successive months of decline. The manufacturing PMI rose moderately in November as order book volumes expanded. While the services PMI declined from a month ago, expansion in new business and order book volumes suggests positive sentiment about increasing activity in the months ahead. In the farm sector, rabi sowing coverage is expanding steadily, improving the prospects of agricultural growth.

6. Headline WPI inflation edged down to 7.2 per cent in November, mainly owing to softening of prices of vegetables, minerals and fuel. On the other hand, prices of cereals and protein-based items such as eggs, fish and meat firmed up further. Significantly, core (non-food manufactured products) inflation eased, aided by decline in prices of metals, cement and chemicals. The seasonally adjusted three-month moving average annualised momentum indicator also points to ebbing of inflationary pressures. However, in striking contrast to wholesale inflation developments, retail inflation remained elevated. The new combined (rural and urban) CPI (Base:2010=100) inflation increased in November, reflecting sustained food inflation pressures, particularly in respect of vegetables, cereals, pulses, oils and fats. The non-food component of the index also suggested persistent inflationary pressures.

7. While money supply (M3) growth remained below its indicative trajectory because of lower deposit growth, non-food credit growth rose above the indicative trajectory of 16 per cent suggesting some pick-up in economic activity. Liquidity conditions have remained tight in Q3 due to large government balances with the Reserve Bank and the widening wedge between deposit and credit growth. With a view to containing the liquidity deficit at reasonable levels, the Reserve Bank conducted open market operations (OMOs) on December 4 and 11, injecting primary liquidity of `232 billion. Accordingly, money market rates remained close to the repo rate.

8. With the step-up in oil imports persisting despite the moderation in crude prices, the cumulative trade deficit for April-November widened from its level a year ago indicating significant risks to the balance of payments from the adverse external environment. Even as capital inflows improved compared to Q2, there were downward pressures on the rupee reflecting the large trade and current account deficits.

9. Lead indicators point to a modest firming up in the momentum of global growth over the rest of 2012 and in 2013 if there is firm policy action in the euro area and the US. The biggest risk to the outlook stems from political economy considerations that could impede, delay or erode resolute policy action. The consequences could be deepened financial stress and heightened risk aversion. For EDEs, the threat of spillovers remains significant in view of the depressed outlook for global trade and volatile capital flows. Although inflation pressures appear to be moderating, elevated food and commodity prices remain contingent risks, especially for EDEs facing domestic supply constraints.

10. On the domestic front, GDP growth is evolving along the baseline projection of 5.8 per cent for 2012-13 set out in the SQR. The recent policy initiatives by the Government and further reforms should help to boost business sentiment and improve the investment climate. As regards inflation, excess capacity in some sectors is working towards moderating core inflation. Furthermore, the easing of international commodity prices, particularly of crude, is expected to impart some softening bias to the evolving inflation conditions if it is not offset by the impact of rupee depreciation. The Reserve Bank is closely monitoring the evolving growth-inflation dynamic and will update the formal numerical assessment of its growth and inflation projections for 2012-13 as part of the third quarter review in January 2013.

11. Headline inflation has been below the Reserve Bank’s projected levels over the past two months. The decline in core inflation has also been comforting. These emerging patterns reinforce the likelihood of steady moderation in inflation going into 2013-14, though inflation may edge higher over the next two months. In view of inflation pressures ebbing, monetary policy has to increasingly shift focus and respond to the threats to growth from this point onwards. Liquidity conditions will be managed with a view to supporting growth as stated in the SQR, thereby preparing the ground for further shifting the policy stance to support growth. Overall, recent inflation patterns and projections provide a basis for reinforcing our October guidance about policy easing in the fourth quarter. However, risks to inflation remain and accordingly, even as the policy emphasis shifts towards growth, the policy stance will remain sensitive to these risks.