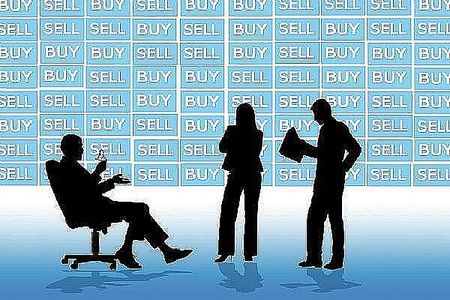 One of the most common things  new traders want to learn is what steps they need to follow and how much time it will take them to become successful traders. Naturally, the answers to these questions are extremely varied and it will depend on  how they want to become successful and what they perceive as successful trading. However I wanted to know if there was a common denominator to success and if the journey to get there was market by some well defined “steps” that I could share with my faithful readers. Upon studying the biographies of several accomplished traders – like George Soros  – and personally asking several traders I know -who manage funds with more than one million dollars in capital- I think I have come up with a pretty straight forward list of what their journeys have in common. You will see that most traders who achieved success got there through some pretty well-defined steps that are certainly far less incredible and rare than what most people think. After reading this post you will see that only a few qualities actually separate those who fail from those who enjoy lasting success in various forms of trading.

But what is success ? What would you describe as success in currency trading or even trading in general ? Some people may say “trading profitably for one year”, others may define it as “living from trading” while others may define it as “gaining at least X% each year”. For simplicity I decided to consider a definition of success which I think encompasses all of the above since – to reach it – one requires to be profitable and to make the prospect of future profitability believable to other people. This mark of success is the achievement of a one million dollar or 1 cores in INR as trading capital. For the purpose of this article I consider successful traders those who  get to manage more than one million dollars within their trading career.

The next step of my journey was to go through each story I could find of a trader who I know achieved funds with more than one million dollars and see if all the stories shared something in common. What do all these people share along their journey for success ? Here are some of the truths I could find.

1. Most seem to have started with accounts from 1000 to 5000 USD. Certainly this may be shocking to some people out there who say that it is impossible to grow accounts to huge proportions and that it is a “dream” to believe that a person can make a living when starting from a small investment. The truth is that many stories start with someone who saved a few thousand dollars to start trading or someone who traded a small fund from a sibling.

2. Starting age and success are inversely proportional. Another interesting fact here is that the success of most of these traders seems to be correlated with the age in which they started to get into the trading business. The most successful – the ones managing more than 100 million within their careers – seem to have started very young, even before 20, while the large majority seem to have started between 25 and 35 and none – from the research I did – started after they were 40.

3. It took most of them between 5 and 15 years to get to the first million in trading capital. After starting to trade their first account it took the large majority between 5 and 15 years to get to manage their first million dollars. This shows that patience and dedication are tremendously important since “giving up” was not an option for any of these successful traders. Sticking to the plan, learning and battling to become a better trader is a key to their success.

4. Their average compounded yearly profit to maximum draw down ratio never exceeded 4 to 1. The track record of this extremely successful traders show that indeed the market offers no miraculous opportunities and that the expected profit the market is giving traders is effectively capped by the market exposure of any discretionary  or mechanical strategy they use. Most of these traders succeeded with discretionary strategies but a few did using mechanical systems and in doing so they showed that in the end the market limits profitability.

5. Their average compounded yearly profits were always below 50%. None of these successful traders ever achieved an average ten year compounded yearly profit higher than 50%. This shows you another very important aspect which is that large profits can be gained but in doing so adequate precautions have to be taken to limit the amount of draw down. The effort done to reduce the maximum draw down of a strategy inevitably reduces the profitability as well making most of these successful traders fall more between the 15-25% average compounded yearly profit after ten years. This is something that new forex traders could definitely learn about since it shows by example that reward and risk are inevitably coupled and that considering a 20-30% monthly profit “realistic” is a terribly big mistake as in the long term these figures have clearly not been achieved.

6. They didn’t use large risk to reward ratios or martingales. From the traders I could study and the trading strategies they used it is absolutely evident that not a single one of them became successful through the use of either martingale (or any progressive lot sizing strategy) or strategies with risk to reward ratios higher than 2:1. The story that repeats itself over and over again is that success in trading comes from putting capital preservation first, cutting losses short, letting profits run and getting into high probability trades which are eliminated quickly if they turn sour.

7. From that first million dollars, most capital wasn’t theirs. Perhaps a little surprise comes from the fact that the large majority of the initial million dollars achieved by successful traders was actually not theirs but managed capital. This means that traders were getting money from people who knew their track record and wished to invest with them. It becomes clear again here that large amounts of money are made in trading by managing other people’s money instead of compounding one’s own gains. This makes perfect sense as there are many people in the world who have money and look for good returns and profitable traders with 5-10 year track records ( a very odd thing to find in fact) tend to attract this capital extremely easily, even if their average compounded yearly profit is actually just above 10%.

The story tends to be rather simple. Most successful traders start with little money, then they develop their trading skills and as their accounts grow they start to manage other people’s money and become more and more successful. The story of successful traders is not about making 20-50% a month, it is not about making 1000% a year without a 5% draw down, it is a story of risk control, of discipline and of perseverance. The people selling forex products have managed to distort this view into something it is not by telling people they can grow money without working, without understanding and with just a very small investment. Yes, becoming a millionaire from a few hundred or thousand dollars is possible but the journey is very different. The lesson we can learn here from successful traders is that money comes from showing that you can make money in the long term and then using other people’s money to exercise those skills.

If you would like to learn more about mechanical trading systems and how you can learn to design and trade your own systems based on sound trading tactics please consider joining Asirikuy.com, a website filled with educational videos, trading systems, development and a sound, honest and transparent approach to automated trading in general . I hope you enjoyed this article ! :o)

12 thoughts on “The Big Trader’s Secret for Small Traders”