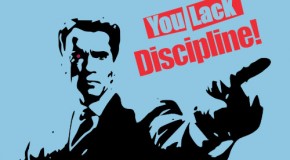 One of the best article in recent times

Rahul did it again, another big loss day, another day where he did not follow his trading plan.   Rahul had taken trading courses from some very so called trading gurus. He had a trade plan, which covered minute details and was quiet comprehensive. He knew the importance of having a set of trading rules, heck, he had a Golden set trading rules.  He had learned the importance of money management and risk management; in fact, he had in his plan that he would only risk 2% of his portfolio at any particular time and that he would only take trades that were minimum 3:1 reward to risk ratio.  And, his plan listed his appropriate position size for entering trades.  Rahul had gotten fed up yesterday and in an almost fit of rage he “promised” himself that he wouldn’t “violate” his rules again.  That was yesterday, exactly twenty-three hours ago.  he lost the most money ever ,20% of his portfolio, in one trade and in one day all because half way through the trade he increased his size, took out his stop and doubled down his trade quantity and worst of all did a trade that wasn’t even one of his setups, but was led by his emotional sense.  It was a revenge trade as he tried to “get his money back” from a string of losers that morning.  He no longer felt the rush of anger blood to his head with the rage that ate at him like a leech yesterday…today, he felt depressed, dejected, impotent, incompetent and quite stupid.  “What is the matter with me?”  He all but wailed to himself.  “Why can’t I do what I know is right?”  This wasn’t the first time that Rahul had promised himself that he would keep his commitments.  Actually, it had happened more times than he cared to admit.  But, Rahul was laboring under the “self-discipline myth.”  He believed that he had to “force” himself to follow his plan and rules.  Little did he know that even though this self-discipline strategy can help some people some of the time, it is solar systems away from the most effective method to achieve, preserve and prolong discipline; that is, tying your efforts to your passion.

Rahul, and let’s face it, many of you who are reading this article approach self-discipline from the same angle.  You put your nose to the grindstone, your shoulder to the wheel, you suck-it-up, you bite the bullet, and you take the bull-by-the-horns.  In other words you force yourself to follow-through with what you have deemed important, but unfortunately you run into conflict with yourself when you don’t “feel” like doing it.  When you are in conflict with yourself, it is much easier to proceed by default thinking and doing.  Let’s view that for a moment.  Much of trading is counter-intuitive, and it is very difficult; not because it is hard to figure out but because of the emotions involved.  For example,

Self-discipline that is driven by an “I’ve-got-to-make-myself-do-it” mentality is rife with issues.  For instance, it leads to stress in the system due to the internal conflicts, it is distracting and it robs the system of both energy and the ability to focus.  The system becomes out-of-alignment and works against itself.

On the other hand, discipline that is “intrinsic” or that comes from a deep internal desire to achieve catapults the individual into doing what it takes to accomplish the goal. Intrinsic motivation comes from an inner purpose or compelling reason why you want the goal.  It is on your “what-matters-most” list.  For instance, workplace studies have shown that extrinsic motivators, like money, do work some of the time, but not as well as intrinsic motivators like recognition, self-fulfillment, quality of experience and esteem.  Now, let’s take this notion to the trading platform.  One of the first things that traders put as a goal is to make a “lot of money.”  It’s not that this extrinsic motivator is entirely ineffective, it is just not as powerful as trading for your family’s future, and your overall quality of life.  See, when you identify a “compelling reason” in other words, that what-matters-most part of your life to the trading process you automatically invoke your passion.  Passion, about any endeavor in life, is your most powerful energizer.  It will get you up in the morning and attach you to a turbo-jet with a laser focus on keeping commitments and consistently doing what it takes to be successful.

Your A-Game is what we are talking about and it is forged in the heart-space of your inner self.  You’ll want to build an A-Game high rise with the foundation formed on a bedrock of passionate enlightened self-interests; for example, family, friends, community, charity and quality of life.  This is not to the exclusion of money; but, remember, money is only a transient medium of exchange.  You can’t do anything with money but spend it or save it; you can’t breathe, drink, eat or live in it.  Once you have identified a compelling reason for why you are trading, not only will your passion be activated every time you read that purpose, but you will be setting in motion a powerful force that keeps the drive alive and promotes perseverance and persistence in the face of obstacles and set-backs.

Identifying and accessing passion releases a chain reaction, a magnificent obsession that rages deep inside.  This is the self-discipline of being internally driven and attracting into your life that which makes your heart sing.  And when you find joy in what you do, you are going ‘to play’ instead of ‘to work’.  This kind of desire overwhelms fear, doubt, greed and worry in its flames.  There is little room or energy for disruptive emotions or for anything to stand between you and your desired results.  You simply must have it.  Also, with passion, your focus is honed to a razor sharpness as your attention to detail rises. You find yourself thinking about it all the time.  Do you remember when you first fell in love?  You thought about every detail, you didn’t want to miss anything, and you thought about her or him all the time.  This emotional fixation tunes the body, mind, and spirit to work in the same direction and on the same goal.  It brings the creativity, and spontaneity of the subconscious mind to bear on the desired object.  As the saying goes, you become “hungry.”  You “want it so bad you can taste it.”  You “can feel it in your bones” and “see” the outcome through a mental picture that keeps your drive alive.

There is a good reason why these sayings revolve around sensations.  The mental image gives focus to the heartfelt dream by providing specifics, like sounds, sights, smells and tastes, making the whole brain come alive with desire.  The subconscious is then working as hard for the goal as the conscious is.  And it makes much of the accomplishment seem easy and effortless.  In other words, passionate self-discipline sets a roadmap or blueprint in the subconscious to achieve the desire.  The roadmap or blueprint to attracting what brings intrinsic joy involves and includes what is necessary to achieve it, and in the case of trading, rules and money management are woven into the fabric of consistent winning trades.

Actually, this concept of intrinsic self-discipline is age-old.  Many years ago, Clement Stone wrote, “What the brain of man can conceive, his mind will achieve.”  This quote forms the ideological foundation of the following two thoughts that are very important to the conversation:

1) The brain forms images and is governed by images of achievement, and the body cannot mobilize without them.  Also, the development of an iron will is forged in the fire of emotion.

2) Neural blueprints are made by both physical and emotional images.  This is also the basis for such books as Think and Grow Rich by Napoleon Hill, and Psycho-Cybernetics by Dr. Rahulwell Maltz.

When you imagine, (either positively or negatively) your brain can’t tell the difference, and through the release of neurotransmitters and hormones in the brain, you either feel good or bad with the vision or thought.  This is a gross oversimplification, but I trust that you “get the picture.”  So, the more you want that new family yacht or that second house on the ocean or that fully paid college tuition for all of your children —and the more you can see, hear, touch, taste and smell it in your imagination—the more real the brain treats it.  The more passion and emotion that is generated, especially when coupled with a specific vision, the closer you come to getting it.  The subconscious is powerful; it can cause illness, and it can heal you.

5 thoughts on “Self-Discipline:Key to Trading Sucess”