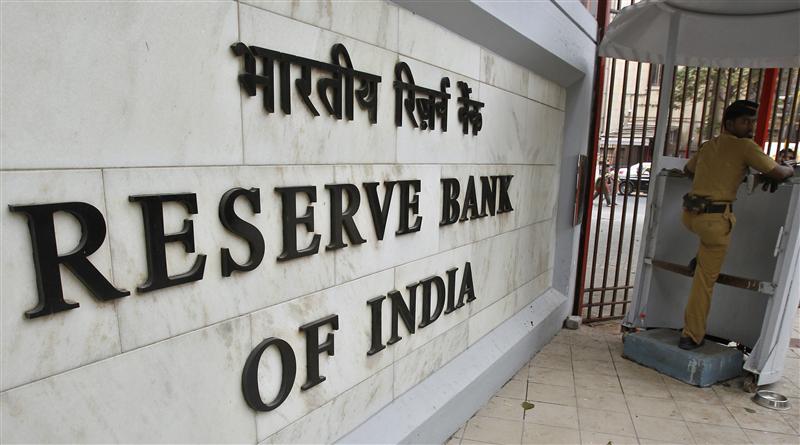 On the basis of an assessment of the current macroeconomic situation, it has been decided to:

2. There have been several significant developments since the Reserve Bank’s First Quarter Review of Monetary Policy in July. Globally, as risks have risen, both the European Central Bank (ECB) and the US Fed have responded with liquidity measures intended to calm financial markets and provide further stimulus to economic activity. While these measures have certainly mitigated short-term growth and financial risks, they will also exert pressure on global asset prices, and particularly, commodity prices. Domestically, growth continues to be weak amidst a negative investment climate; however, the recent reform measures undertaken by the Government have started to reverse sentiments. The Government undertook long anticipated measures towards fiscal consolidation by reducing fuel subsidies and selling stakes in public enterprises. Further, steps taken to increase foreign direct investment (FDI) should contribute to both greater capital inflows and, over the long run, higher productivity, particularly in the food supply chain. Importantly, however, for the moment, inflationary pressures, both at wholesale and retail levels, are still strong.

3. In April, the Reserve Bank implemented a frontloaded policy rate reduction of 50 basis points on the expectations of fiscal policy support for inflation management alongside supply-side initiatives for addressing the deceleration of investment and growth. As these expectations did not materialise and inflation remained firmly above 7.5 per cent, the Reserve Bank decided to pause in its policy easing in the Mid-Quarter Review (MQR) of June and in the First Quarter Review (FQR) of July. As inflationary tendencies have persisted, the primary focus of monetary policy remains the containment of inflation and anchoring of inflation expectations. In this context, the Government’s recent actions have paved the way for a more favourable growth-inflation dynamic by initiating a shift in expenditure away from consumption (subsidies) and towards investment (including through FDI). Of course, several challenges remain, one of which is persistent inflation. But, as policy actions to stimulate growth materialize, monetary policy will reinforce the positive impact of these actions while maintaining its focus on inflation management. Only this will ensure that the economy derives the maximum benefit from the recent, and anticipated, fiscal and supply-side policy measures.

4. Global activity has been weakening in Q3 of 2012. Merchandise trade slowed considerably with absolute contractions in major economies. Global purchasing managers’ indices (PMI) point to contraction in manufacturing and only modest growth in services. Persistent sovereign debt pressures amidst weakening economic activity in the euro area pose significant downside risks to the global economy. These concerns have prompted the announcement of the programme of outright monetary transactions (OMTs) in the form of sovereign bond purchases by the ECB. The US Fed  announced the purchase of additional agency mortgage-backed securities until labour market conditions improve substantially, and extended exceptional policy accommodation till mid-2015.

5. Growth in several major emerging and developing economies (EDEs) is also moderating, with China’s Q2 2012 growth slowing to its lowest rate in the past three years. Slowing global demand has adversely affected industrial activity and exports in these economies. Additionally, drought conditions in major grain-producing areas of the world and the possibility of further hardening of international crude prices in view of the fresh dose of quantitative easing impart ubiquitous risks to overall global macroeconomic prospects.

6. Economic activity picked up modestly in Q1 of 2012-13 in relation to the preceding quarter; but the sluggish momentum of value added in Q1 was evident across all sectors of the economy, and particularly in industry. Lead indicators point to slack activity in Q2 as well. Industrial production rose by just 0.1 per cent in July. In August, the manufacturing PMI fell to its lowest level during 2012 so far, as a result of output disruptions due to power shortages and declining export orders. The services PMI, however, picked up in August on growth in new orders and employment. With the progressive reduction in the rainfall deficit,kharif sowing, though still below normal, has improved. Reassuringly, the late rains have augmented storage in reservoirs which should improve prospects for the rabi crop, mitigating to some extent the concerns about agricultural prospects.

7. Headline WPI inflation (y-o-y) has remained sticky at around 7.5 per cent throughout the current financial year so far. At the disaggregated level, within primary food articles, the easing of vegetable prices in July-August was to a large extent offset by the surge in prices of cereals and pulses. Demand-supply imbalances in respect of protein-rich items persist. Fuel price inflation picked up in August, largely reflecting the upward revision in electricity prices. As welcome as the recent hike in diesel prices/rationalisation of LPG subsidy has been, the pass-through to administered prices remains incomplete. International crude prices are vulnerable to being driven up further by global liquidity. Core inflation pressures remained firm with non-food manufactured products inflation inching up from 5.1 per cent in April to 5.6 per cent in August and the momentum indicator remaining elevated. Even as demand pressures moderate, supply constraints and rupee depreciation are imparting pressures on prices, rendering them sticky.

8. In terms of the new CPI, inflation (y-o-y) remained broadly unchanged in July from June at close to 10 per cent, held up by rising prices of food items.  Notwithstanding some easing in July, core CPI inflation (CPI excluding food and fuel sub-group) remains elevated.

9. While the recent upward revision in diesel prices and rationalisation of subsidy for LPG is a significant achievement, in the short-term, there will be pressures on headline inflation. Over the medium-term, however, it will strengthen macroeconomic fundamentals.  It is important to note that these revisions were anticipated at the time of the April policy when a front-loaded repo rate reduction was undertaken.  Over the longer run, holding down subsidies to under 2 per cent of GDP as indicated in the Union Budget for 2012-13 is crucial to manage demand-side pressures on inflation. Containing inflationary pressures and lowering inflation expectations warrant maintaining the momentum of recent policy actions to step up investment, alleviate supply constraints, and improve productivity.

10. Money supply (M3), bank credit and deposits have moderated in relation to their indicative trajectories, reflecting the slowing down of economic activity. Against this backdrop, liquidity conditions have remained comfortable since the FQR. However, going forward, the wedge between deposit growth and credit growth could widen on the back of the seasonal pick-up in credit demand in the second half of the year. This, combined with outflows on account of advance tax payments and the onset of festival-related currency demand, could accentuate pressures on liquidity over the next few weeks. In these conditions, appropriate liquidity management assumes importance in order to ensure that drawals under the Liquidity Adjustment Facility (LAF) broadly remain within the indicative target of +/- 1 percent of NDTL, thereby facilitating monetary policy transmission and enabling adequate flow of credit to the productive sectors of the economy.

11. While the trade deficit narrowed in the first five months of 2012-13, the relatively large fall of exports in July-August is indicative of risks to the current account from the worsening global outlook. As regards external financing, the moderation in FDI inflows was partly compensated by a surge in non-resident deposits and a renewal of FIIs flows in recent months. Consequently, the rupee has been trading in a narrow range since the FQR. Looking ahead, a moderation in the trade deficit combined with increased inflows in response to domestic policy developments could ease pressures on the balance of payments. However, risks from global factors, in terms of both capital movements and oil prices will persist. Given these external risks, holding down the CAD to sustainable levels will depend on durable fiscal consolidation and, in particular, switching public expenditure from subsidies to capital outlay that crowds in private investment, thus preparing the ground for a revival of growth.

12. Since the FQR, while growth risks have increased, inflation risks remain. Mitigating the growth risks and taking the economy to a higher sustainable growth trajectory requires concerted policy action across a range of domains, a process to which last week’s actions made a significant contribution. Monetary policy also has an important role in supporting the growth revival. However, in the current situation, persistent inflationary pressures alongside risks emerging from twin deficits – current account deficit and fiscal deficit – constrain a stronger response of monetary policy to growth risks. Accordingly, as this process evolves, the stance of monetary policy will be conditioned by careful and continuous monitoring of the evolving growth-inflation dynamic, management of liquidity conditions to ensure adequate flows of credit to productive sectors and appropriate responses to shocks emanating from external developments.