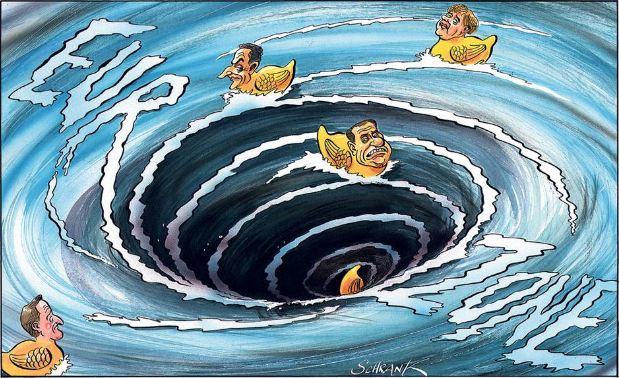 As Draghi began to speak the EUR rallied, EGBs rallied and ES rallied – last minute hopiness wrung out of the system, but as soon as he explained that his plan to promise a plan which plans to promise a solution was nothing but another promise and not an actual plan, so everything reversed.

and across asset classes – its derisking reality:

but a lot more gravity to go yet..