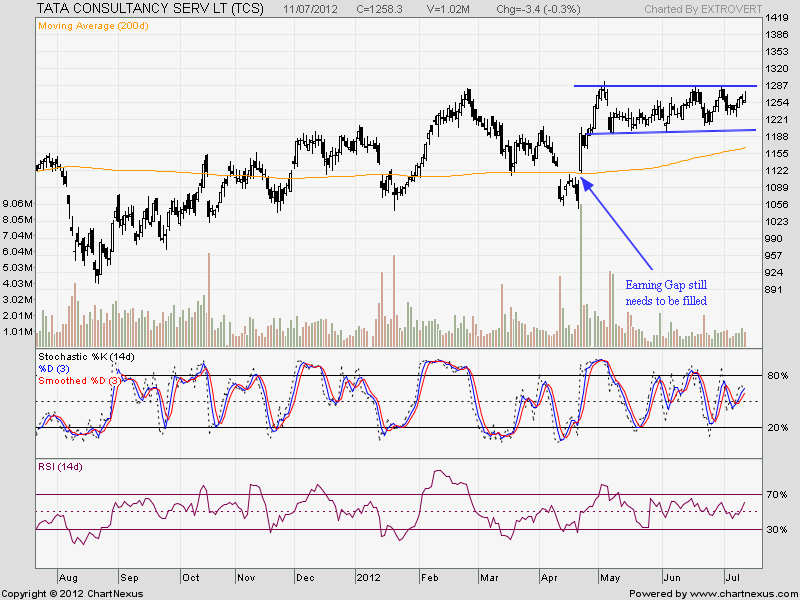 IT twins TCS and Infosys will be declaring there Q1 results today, A close look at charts reveal the out performance by TCS and Under performance by INfy after the declaration of Q4 Results. Technically TCS look ripe for correction as it has formed a Bearish Harami Candlestick pattern, Infosys did a huge gap down on its earning day 2750-2522 and after that traded in range of 2300-2520. Infy is unable to close above its 20 DMA which is 2478 which means supply at higher levels.Stock has rallied from 2400 to 2494 before results and any disappointment again can lead infosys to its lower end of trading range at 2300.