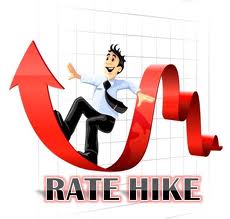 Till now nsesite has not update the FII data must be some technical issue,So am unable to post the FII Data .

Today the all Important Inflation data for May month was released, inflation inched upto 7.55%  and Core Inflation to 4.99%. The another shocker was  The March inflation figure has been revised upward sharply to 7.69 percent from 6.89 percent.

So now this revision put RBI in catch 22 situation, Economy is slowing but Inflation Monster is coming down so How will Mr. Subbarao play the game as he is caught between Devil (inflation monster) and dead sea(slowing growth) will be Keenly watched on Monday ie. 18 June.

Before RBI policy the Sunday Results of Greece election will be watched by whole world as its results will decide whether Greece wants to remain in EU or leave it. Spanish Bond Yields touched the sacrosanct mark of 7% and things are looking messy in Europe.

As a matter of fact while the whole world is bleeding Greece Markets are up by 9% 😉 Athens is off about 90% over the last 5 years and trading at early 1990 levels – it’s not an index, it’s a call option.

So tomorrow will be a crucial day as we also have Political uncertainty on President Polls and Weekly closing before Greece Election results on Monday. Either stay on sidelines if you are risk averse trader or Hedge yourself if you are carrying forward your positions for Monday.

Stocks in US and Asia are up on this news/rumor http://reut.rs/LIJoW3 but there is one problem Central Bank never leak any news in advance and i see desperate attempt to ramp up stocks before Greece Vote..

Nifty made a high of  5130 and closed below both 200 DMA@5070 and 50 DMA@5074, which is bearish indication.Nifty has made the mockery of all important 200 DMA with closing above and below so frequently during this week .  Till 4960 is not broken Bulls have upper hand. We have weekly closing today,till 5009 is protected Weekly trend remains on upside.

The ralllies we have seen in 2012 after Nifty made a high of 5630 have not lasted for more than 5-6 trading sessions as depicted in chart below.Will the History repeat. We got a clue yesterday as Nifty corrected after higher inflation data and reducing expectation of a aggressive rate hike. On Put side 4800 PE is having highest OI of 81 lakhs making 4800 a strong base,4600 PE has today saw small unwinding of  almost 0.27  lakhs in OI  still 15  lakhs OI added in 3 days so smart money is buying lower strike puts, which are available at dirt cheap premium to hedge longs

Disclaimer: These are my personal views and trade taken on these observation should be traded with strict Sl