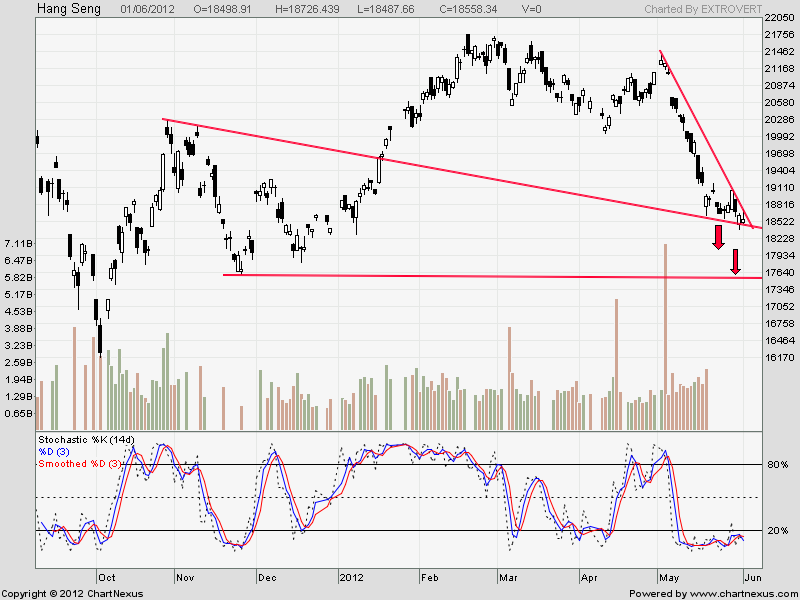 FTSE is near its Crucial support levels of 5260,Break of same on closing basis will lead a swift fall till 5160 and 5075 odd levels.

Hangseng is the Index which is followed closely in Asian markets, formed a Shooting Star Candlestick on Friday ,Break of 18480 on Weekly closing basis can lead the index swiftly to 17500 levels. On Upside Above 18500 we can see 19200 odd levels. Breant Crude for the first time in 6 months has broken below 100$ mark,Extremly oversold with a water fall decline as global economy is slowing down and European Union in deep trouble leading to demand destruction.

OPEC has its meeting in June and any hint of bringing down the Output of Crude can lead a swift recovery till 113 dollars which is 200 DMA.