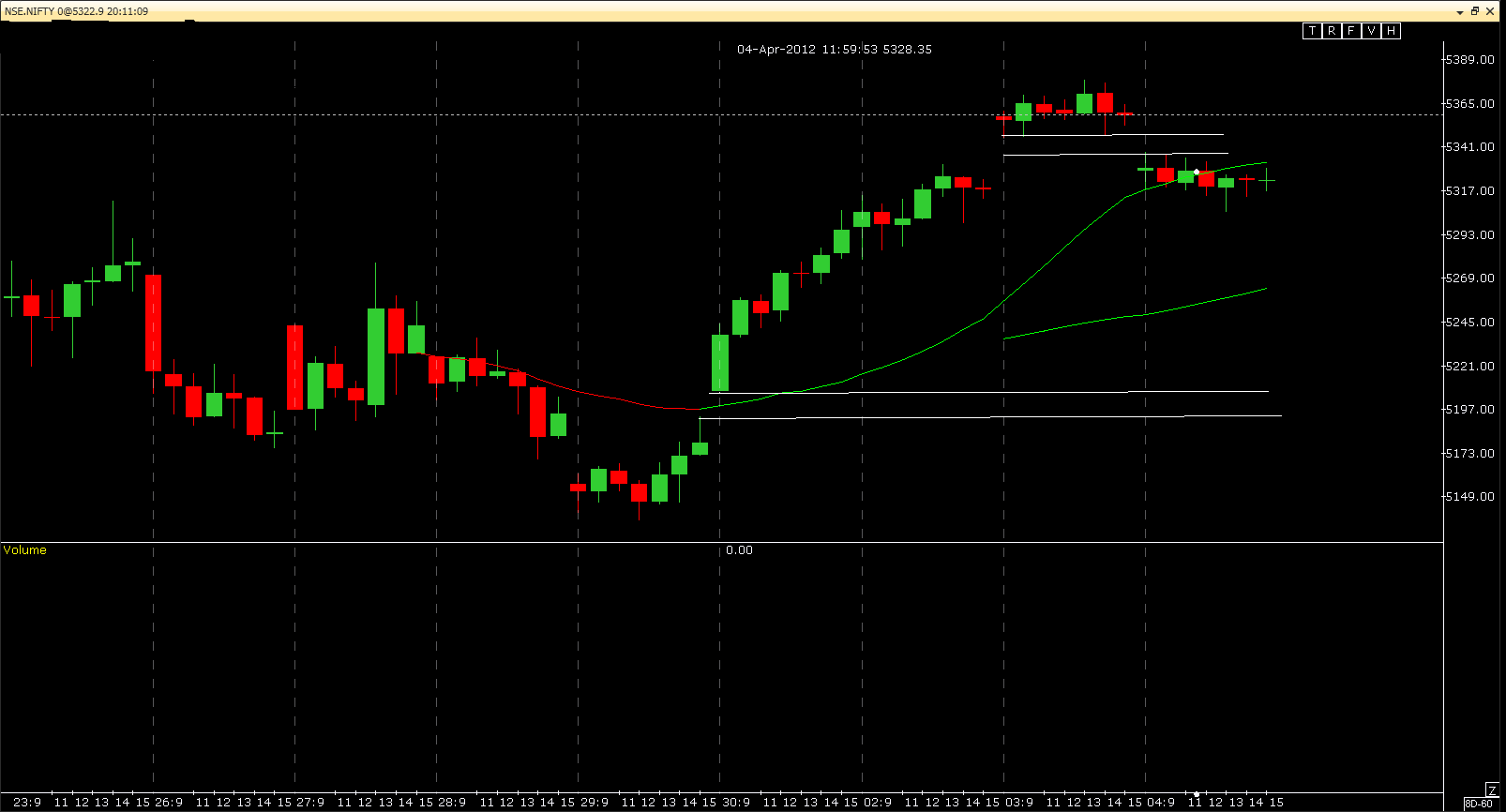 Last Week Analysis  as we discussed the First Week of new financial year do end up on positive note and Nifty did follow the history to close with a minor gain of 0.5%.Next Week we have the Q4 results pouring into starting with Infosys on 13 April   with RBI Credit Policy  on 17 April as the most important trigger for next 2 weeks.

In Continuation with the trend I came out with one more Study  how Nifty trades in the April Month.Results were quiet fascinating and are summarized as below On Hourly charts Nifty is overbought and closed below an Important support of 5344 which is marked in Green Line in above chart.

Gap Exists on Both Upside and downside.

One of this gap will get filled in coming week,Guess is yours 😉 Nifty reacted from the Resistance line of Wedge Formation at 5280 making a high of 5278. Falling Wedge is a bullish pattern and invalidation comes on a close below 5130. 20 and 50 SMA are playing a crucial role in deciding the nifty trend. As Monday markets are bound to open Gap down looking at Weak NFP data from US. 20 SMA@5300 and 50 SMA@5330 needs to be watched closely. Close above 5300 will be bullish for market for coming week. Nifty has been stuck in the rangebound move from 5180-5445. After a Big rise in Jan-Feb and looking at strong headwinds from both macro and Political side best case for Nifty is to consolidate above 200 SMA and make base for higher move once 5630 gets broken.  Base formation and time wise consolidation are good for markets, so do not expect market to fall in hurry till 5130 is not broken on closing basis and do not expect market to run in a hurry till 5445 is not broken. As discussed in previous analysis 5361 at 61.8% Golden ratio will provide an opportunity for short sellers to bring nifty down. They have till now be able to push nifty down.  5275 levels should be used to book partial profits in shorts. It has been 5 Weeks Nifty has not been able to make a move of more than 1% WoW basis which shows the big fight happening between bulls and bears. As this will be the 6 Week i expect some fireworks on Weekly basis ie. WoW nifty closing above or below in excess of 1%. As per Monthly chart till Nifty closes above 5242 Nifty Monthly trend is up.