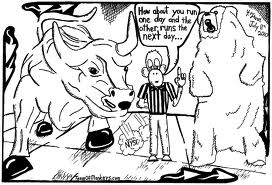 I did a study how Nifty trades in the first week of a new Financial Year.Results were quiet fascinating and are summarized as below

So Out of 11 Years only 1 year was negative rest all ended in positive.So Hoping for a green candle for coming week.Next week will have only 3 trading days with Thursday and Friday being holiday. On Daily chart Nifty is forming a falling wedge formation which is extremely bullish. Breakout in Falling wedge comes around 5385 level. So range of 5360-85 needs to be watched quiet closely for next week. We have been discussing about the possibility of reversal from 200 DMA and trendline support from the past week. Bulls were able to protect 200 DMA on closing basis and bounced from trendline support of 5130 Low nifty made was 5135. Move above 5445 (Budget High) will give a confirmation to end of  downward present down move from 5630. The Hammer pattern signifies a weakening in bearish sentiment. The long lower wick signifies an initial continuation of the downtrend. However, renewed buying sentiment acts as support and drives the price higher to close near its opening price. The strength of a Hammer formation depends on where it appears. If a hammer forms near support levels, then the likelihood of a strong bullish reversal is high.