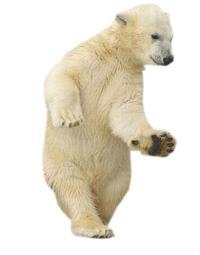 “The ability to accept the many ups and downs of the market is one of the most important skills a trader can have.”

This is an Apt one liner on what happened on Friday at 2:30 PM.  “Flash Crash” happened in NF Nifty Hourly charts has formed double top at 5342 also 3 trend lines drawn are converging at a single point which signify good move is offing. Nifty has closed above its 50 Hourly SMA@5265 and 200 HSMA@5280 which signify bullishness. Its 3 days in a row we have closed above the falling downward trendnline which is a bullish indication. Even on Friday the fall till 5245 got quickly recovered and we closed above the trendline. We can also see the formation of Falling wedge which is again a bullish pattern.  What is stopping market to go up is the 50SMA@5338.

Above 50 SMA Bulls gets stronger and from past 3 days Nifty is trying to cross 50 SMA on closing basis and every attempt is getting failed. I have discussed range of 5221-5380 on Nifty future in April and same is depicted by above chart. April has been a consolidation month till now. Nifty is just not going anywhere just trading within a range. This kind of moves after Volatile March series we had is very much required to adjust moving averages. Sideways consolidation markets are required to form a firm base before breakout. May has got a nasty history of wild swing and age old adage Sell in May and Go away still holds true. Even though we had flash crash in NF,Nifty spot continued to follow the Fibonacci retracements.It made a low of 5245 which was 61.8% retracement of recent move from 5185-5342. Fibo levels do provide important support and resistance levels and always keep them handy during trading hours.

It has been eventful week with RBI cutting rates by 50 BPS and falsh crash on Friday. All said and Done Nifty formed a bullish engulfing pattern with a close of 1.6%. Falling wedge pattern is visible in Weekly charts. All we need a close above 5344 for the pattern to get active. Keep a watch on 50 WSMA as shown in above chart its an important level to watch.See how closely nifty takes support during uptrend and resistane during a downtrend.Flag and Pole pattern is still active in Nifty. Monthly candle is forming and “Inside Month” candle. Break above 5400 or 5178 will provide further trigger to Nifty