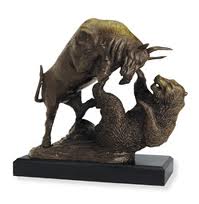 The Week gone by ended with  CRR (Credit Reserve Ratio) cut of 75 BPS from RBI.  It was a Surprise in term of Timings as we have credit policy on 15 March and quantum. Most Optimistic market participants accepted only 50 BPS, 75 BPS was quiet a surprise as it pumped 48,000 Cores in market.

Another Shock which came late in evening was ISDA (International Swaps and Derivatives Association, Inc.) saying  Greek CDS (Credit Default Swap)Triggered By Use Of Collective-Action Clauses.

Triggering of CDS means Payout of a net $3.2 billion needs to be done to banks,institution who bought the CDS.

Will it trigger a panic in financial system

The net payout on Greek CDS will likely to be $3.2 billion, and most of that money has already been set aside by the companies who will have to make the payments, according to ISDA.

Also Financials system is flooded with 529 Billion Euros of LTRO money so this amount is a dwarf amount and it shall not create any panic in market.

Panic if any shall be bought into by short term traders. On Hourly charts Nifty closed above 50 Hour SMA@5300. As seen from above chart 50 HSMA was a potential resistance zone and closing above it is bullish. Classic example of Resistance becoming Support. Nifty consolidated in 14 months channel and upper trendline resistance comes at 5160 which coincidentally was 200 DMA.  Last week fall took support at the trendline and we saw a fierce bounce back.  Next Week 5171 becomes a crucial support. 200 DMA is defining line between bulls and bears. Bulls took support at 200 DMA  and we started a new rally. Now we had a surprise rate cut decision which will add more fuel to rally.

RSI touched the 20 levels and Stochastic is giving indication for a reversal.

Most important resistance for Monday is 5400. Closing above it will change the short term trend to bullish. On Weekly chart Nifty closed down by 0.5% and 3 week in a row. The correction which started from 5630 ended at 5130 and consumed 3 weeks. Next week can be a potential reversal week. Weekly Candlestick has a long tail formed which signify buying demand near the support levels.

Close above 5450 will turn Nifty momentum up on Weekly time frame also.

Positional Shorts Keep sl of 5455 and Longs who are holding from lower levels can do profit booking around this level.