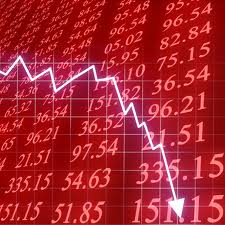 Many people think trading is the simplest way of making money in the stock market. Far from it; I believe it is the easiest way of losing money. There is an old Wall Street adage, that “the easiest way of making a small fortune in the markets is having a large fortune.”
I discuss below eight ways of undisciplined trading which lead to losses. Guard against them, or the market will wipe you out. I am qualified to speak on this subject because I was myself an undisciplined trader for a long time and the market hammered me into line and forced me to change my approach.

1. Trading during the first half-hour of the session
The first half-hour of the trading day is driven by emotion, affected by overnight movements in the global markets, and hangover of the previous day’s trading. Also, this is the period used by the market to entice novice traders into taking a position which might be contrary to the real trend which emerges only later in the day.
Most experienced traders simply watch the markets for the first half of the day for intraday patterns and any subsequent trading breakouts.

2. Failing to hear the market’s message
Personally, I try to hear the message of the markets and then try to confirm it with the charts. During the trading day, I like to watch if the market is able to hold certain levels or not.
I like to go long around the end of the day if supported by patterns, and if the prices are consistently holding on to higher levels. I like to go short if the market is giving up higher levels, unable to sustain them and the patterns support a down move of the market.
This technique is called tape watching and all full-time traders practice it in some shape or form. If the markets are choppy and oscillate within a small range, then the market’s message is to keep out.

Hearing the message of the market can be particularly important in times of significant news. The market generally reacts in a fashion contrary to most peoples’ expectation. Let us consider two recent Indian events of significance.
One was the Gujarat earthquake that took place on 26 January 2001 and the other the 13 December 2001 terrorist attack on the Indian parliament. Both these events appeared catastrophic at first glance. TV channels suggested that the earthquake would devastate the country’s economy because Gujarat has the largest number of investors and their confidence would be shattered, making the stock market plunge.
Tragic as both the events were, the market reacted in a different way to each by the end of the day. In both cases the markets plunged around 170 points when it opened, in both cases it tried to recover and while it managed a full recovery in the case of the Gujarat earthquake, it could not do so in the Parliament attack case.
The market was proven correct on both counts. The Gujarat earthquake actually held the possibility of boosting the economy as reconstruction had to be taken up, and also because most of the big installations, including the Jamnagar Refinery, escaped damage. In the case of the attack on parliament, although traders assessed that terrorist attacks were nothing new in the country but the market did not recover because it could see some kind of military build-up ahead from both India and Pakistan. And markets hate war and uncertainty.
In both these cases what helped the cause of the traders were the charts. If the charts say that the market is acting in a certain way, go ahead and accept it. The market is right all the time. This is probably even truer than the more common wisdom about the customer being the king. If you can accept the market as king, you will end up as a very rich trader, indeed.
Herein lies one reason why people who think they are very educated and smart often get trashed by the market because this market doesn’t care who you are and it’s certainly not there to help you. So expect no mercy from it; in fact, think of it as something that is there to take away your money, unless you take steps to protect yourself.

4. Failing to reduce position size when warranted
Traders should be flexible in reducing their position size whenever the market is not giving clear signals. For example, if you take an average position of 3,000 shares in Nifty futures, you should be ready to reduce it to 1,000 shares.
This can happen either when trading counter trend or when the market is not displaying a strong trend. Your exposure to the market should depend on the market’s mood at any given point in the market. You should book partial profits as soon as the trade starts earning two to three times the average risk taken.

5. Failing to treat every trade as just another trade
Undisciplined traders often think that a particular situation is sure to give profits and sometimes take risk several times their normal level. This can lead to a heavy drawdown as such situations often do not work out.
Every trade is just another trade and only normal profits should be expected every time. Supernormal profits are a bonus when they — rarely! — occur but should not be expected. The risk should not be increased unless your account equity grows enough to service that risk.

6. Over-eagerness in booking profits
Profits in any trading account are often skewed to only a few trades. Traders should not be over-eager to book profits so long the market is acting right. Most traders tend to book profits too early in order to enjoy the winning feeling, thereby letting go substantial trends even when they have got a good entry into the market.
If at all, profit booking should be done in stages, always keeping some position open to take advantage of the rest of the move. Remember trading should consist of small profits, small losses, and big profits. Big losses are what must be avoided. The purpose of trading should be to get a position substantially into money, and then maintain trailing stop losses to protect profits.
Most trading is breakeven trading. Accounts sizes and income from trading are enhanced only when you make eight to ten times your risk. If you can make this happens once a month or even once in two months, you would be fine. The important point here is to not get shaken by the daily noise of the market and to see the market through to its logical target.
Remember, most money is made not by brilliant entries but by sitting on profitable positions long enough. It’s boring to do nothing once a position is taken but the maturity of a trader is known not by the number of trades he makes but the amount of time he sits on profitable trades and hence the quantum of profits that he generates.

7. Trading for emotional highs
Trading is an expensive place to get emotional excitement or to be treated as an adventure sport. Traders need to keep a high degree of emotional balance to trade successfully. If you are stressed because of some unrelated events, there is no need to add trading stress to it. Trading should be avoided in periods of high emotional stress.

8. Failing to realise that trading decisions are not about consensus building
Our training since childhood often hampers the behaviour necessary for successful trading. We are always taught that whenever we take a decision, we should consult a number of people, and then do what the majority thinks is right. The truth of this market is that it never does what the majority thinks it will do.
Trading is a loner’s job. Traders should not talk to a lot of people during trading hours. They can talk to experienced traders after market hours but more on methodology than on what the other trader thinks about the market.
If a trader has to ask someone else about his trade then he should not be in it. Traders should constantly try to improve their trading skills and by trading skills I mean not only charting skills but also position sizing and money management skills. Successful traders recognise that money cannot be made equally easily all the time in the market. They back off for a while if the market is too volatile or choppy.

Excerpt from: How to Make Money Trading Derivatives by Ashwani Gujral.