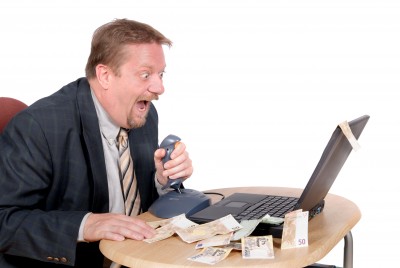 When I first began trading, I did what many others who start out in the markets do: I developed a list of trading rules. I created the list piecemeal, with each new rule added, usually, following the conclusion of an unsuccessful trade. I continually asked myself what I would do differently next time to make sure that this mistake would not recur. Approximately six months after I completed my carved-in-stone list of 16 trading rules, I balled up the paper and threw it into the trash.

What was the problem? My error was in taking aim at the last trade each time, as if the next trading situation would present a similar problem.

Here’s an example. One of the most popular trading maxims is, “You can’t go broke taking a profit.” (The brokers invented that one, of course, which is one reason new traders always hear it!) When you have entered a trade at a good price, watched it go your way for a while, then watched it go against you and turn into a loss, the maxim sounds like a pronouncement of divine wisdom. But, what you are really saying is, “I should have sold when I had a small profit.”

Now, let’s see what happens next. You enter a trade, and after just a few days of watching it go your way, you sell out, only to stare in amazement as it continues to go in the direction you had expected, racking up paper gains of several hundred percent. You ask a more experienced trader what your error was, and he advises you sagely, “Cut losses short; let profits run.” So, you reach for your list of trading rules and write this maxim, which means only, of course, “I should NOT have sold when I had a small profit.”

Is this an isolated contradiction? What about this rule? “Stay cool; never let emotions rule your trading.” And how does it jive with this one? “If a trade is obviously going against you, get out of the way before it turns into a disaster.” Stripped of the fancy attire, one says, “Don’t panic during trading,” and the other says, “Go ahead and panic!”

What I finally wanted to create was a description, not of each of the trees, but of the forest. I developed the following list of what you need to be successful in the markets.

1. A Method(Trading System/Trading Plan)
I mean an objectively definable method. One that is thought out in its entirety. This is not to say that a method cannot be altered or improved; it must, however, be developed as a totality before it is implemented. I chose to use, for my decision-making, an approach that was explained in the book I co-authored, Elliott Wave Principle — Key To Market Behavior*. I think the Wave Principle is the best way to understand the framework of a market and where prices are within that framework. A hundred other methods will also work if successful trading is your goal.

2. The Discipline to Follow Your Method
It struck me that among a handful of consistently successful professional options and futures traders of my acquaintance, three of them are former Marines. Now, this is a ratio way out of proportion to former Marines as a percentage of the general population! I was never a Marine, but years ago, while attending summer school in Georgia’s “Governor’s Honors Program,” I was given a psychological test and told that one of my skewed traits was “tough-mindedness” (as opposed to “tender-mindedness”). After trading and forecasting the markets for 28 years, it is clear that, without that trait, I would have been forced long ago to elect another profession. The pressures are enormous, and they get to everyone, including me. If you are not disciplined, forget the markets. Because, without discipline, you’ll have no method at all.

3. Experience
Some people advocate “paper trading” as a learning tool. Paper trading is useful for testing your method, but it is of no value in learning how to trade. Why? If you buy a computer baseball game and become a hitting expert with the joystick while sitting quietly alone on the floor of your living room, you may conclude that you are one talented baseball player.

Now, let the Mean Green Giant pick you up and place you in the batter’s box at the bottom of the ninth inning in the final game of the World Series with your team behind by one run, the third base coach flashing signals, a fastball heading toward your face at 98 mph and 60 beer-soaked fans in the front row screaming, “Yer a bum! Yer a bum!” Guess what? You feel different! You will find it impossible to approach your task with the same cool detachment you displayed in your living room.

This is what your life is like when you are speculating. You must place orders; you must perform under the scrutiny of your broker or clients, your spouse and business acquaintances; and you must operate while thousands of conflicting messages are thrown at you from the financial media, the brokerage industry, analysts and the market itself. The School of Hard Knocks is the only school that will teach you fully, and the tuition is expensive.

Speculation is akin to batting in baseball. A player hitting .300 is good. A player hitting .400 is great. But even the great player fails to hit 60% of the time! But, he still earns seven figures a year (more recently, eight!) because, although not perfect, he has approached the best that can be achieved. You don’t have to be perfect to win in the markets; you “merely” have to be better than almost everyone else.

Practically speaking, you must include an objective money management system when formulating your trading method in the first place. There are many ways to do it. Some methods use stops. If stops are impractical, you may decide to risk only small amounts of total capital at a time.

5. The Mental Fortitude to Accept Huge Gains
This rule usually gets a hearty laugh, but consider: For a full year, you trade futures contracts, making $1,000 here, losing $1,500 there, making $3,000 here and losing $2,000 there. Once again, you enter a trade because your method told you to do so. Within a week, you’re up $4,000. Your friend / acquaintance / broker calls you and tells you to take your profit. But, you wait.

The following week, your position is up $8,000, the best gain you have ever experienced. “Get out!” says your friend. You hope for further gains.

The next Monday, your contract opens limit against you. Your friend calls and says, “I told you so. But, you’re still up on the trade. Get out!” At the opening, you exit the trade, taking a $5,000 profit. It’s your biggest profit of the year.

Then, day after day for the next six months, you watch the market continue to go in the direction of your original trade. You try to find another entry point and continue to miss. At the end of six months, your method finally, quietly, calmly says, “Get out.” You check the figures and realize that your initial entry, if held, would have netted $450,000.

What was your problem? Simply that you had allowed yourself unconsciously to define “your” “normal” range of profit and loss. Who were you to shoot for huge gains? Why should you deserve more than your best trade of the year? You lacked self-esteem, so you abandoned both method and discipline.

To win the game, make sure that you understand why you’re in it. The big moves in markets only come once or twice a year. Those are the ones that will pay you for all the work, fear, sweat and aggravation of the previous 11 months. Don’t miss them for reasons other than those required by your objectively defined method.

I have Started giving technical Classes on How to Use Trading System (I have developed and personally traded/trading on them).

Most Important Discussing and Understanding the Psychology of market.

6 thoughts on “What a Trader Really Needs to Be Successful”