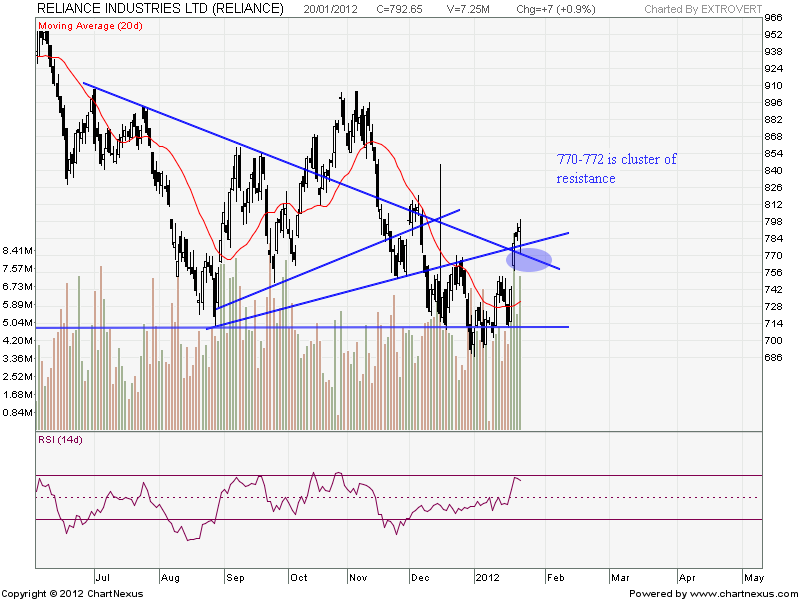 RIL declared a pretty bad set of numbers and Ambani known for there shrewd business tactics covered the bad result goof up with Buy back with a max price at 870. So When Promoters itself do not consider the current valur of company more than 870 as per current business scenario.

To add to it Buy back @870 does not mean that Stock will trade above 870 a general misconception most of people are having.

It basically means than if stock trades at 550 also Promoters will buy at 550. Maximun Upside is capped to 870.

Looking at Technicals of RIL 770-772 is cluster of resistance zone as shown with Trendlines in above chart.

So any upside will be above 772 only and downside below 753. SBI is having a dream run from low of 1580-1967. Stock has been rising before its results and CRR cut anticipation by RBI. LT will be coming with its results today during market hours.