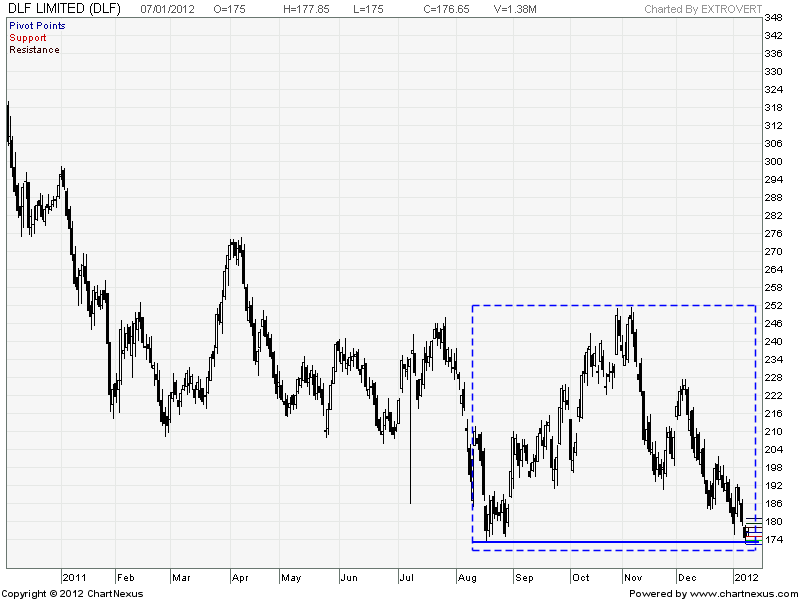 Rule One of the professional trader is: When a stock doesn’t do what you expect it to do, sell it. No hesitating, no questions or doubts raised no conjectures of the way it should have turned out, or might still turn out, no dreams of how it will do what it was supposed to do ‚tomorrow’. The pro never says, ‚I’ll watch it one more day’. He doesn’t phone an analyst who’s been following the company and ask, ‚What’s happening? Is there any news?’ All too often , the delay in searching for the ‚why?’ is costly. The desire to be perfect is one of the prime bugaboos of the stock market, but it’s a compulsion that belongs on the psychiatrist’s couch, not on the exchange floor. And that means no berating yourself for having bought it, should it then go down, and no remorse for having sold should the stock turn around after you’ve gotten out and finally do what was expected. Bank Nifty is forming a falling wedge pattern which is bullish but it need to break above 8587 to show the effect of the pattern. Friday it made an attempt to break above 8587 but got resisted with trendline resistance and sellers were active at higher levels. DLF took support at medium term low of 172 and buyers jumped into.  Head and Shoulder Pattern can also be spotted on DLF. Break of 172 will lead to a fast fall till 158 and 134 levels. On Upside stock will fae selling pressure around 186 odd levels. Bata India has facing resistance at 200 DMA.Stock is trying to cross 200 DMA but failed with 2 attempts now forming a base around 556.Break of 556 will lead to another round of selling in stock.