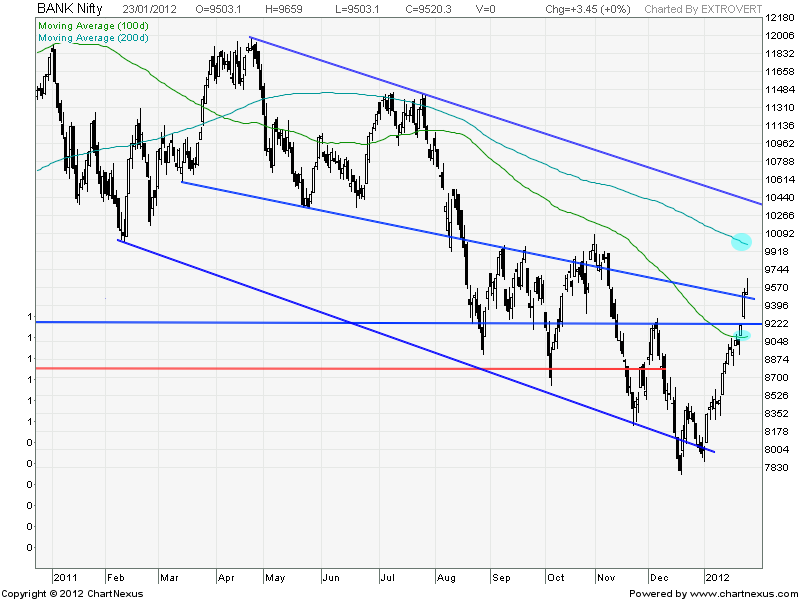 The very successful traders have a great attitude about losing. They know it’s going to happen. They don’t take it personally. If anything, they try to find learning experiences from losses. Elsewhere I have written about how good traders view a losing trade as “paying for information”. A trade with an edge that doesn’t go their way either tells them something important about the market, or it tells them something about their execution. Either way, it’s a potential learning experience. Resilience means that the excellent traders trade well out of a hole. They can be down money for day, week, or quarter and continue to make the same good trades they would normally make. Bank Nifty is on a crucial juncture before RBI meet.Yesterday it has formed a gravestone Doji,Trendline support exists at 9457 as shown in above chart. Low till now is 9461.

Gap Filling can take place as soon as 9268 is broken on downside till 9106 which coincidentally is 100 SMA also.