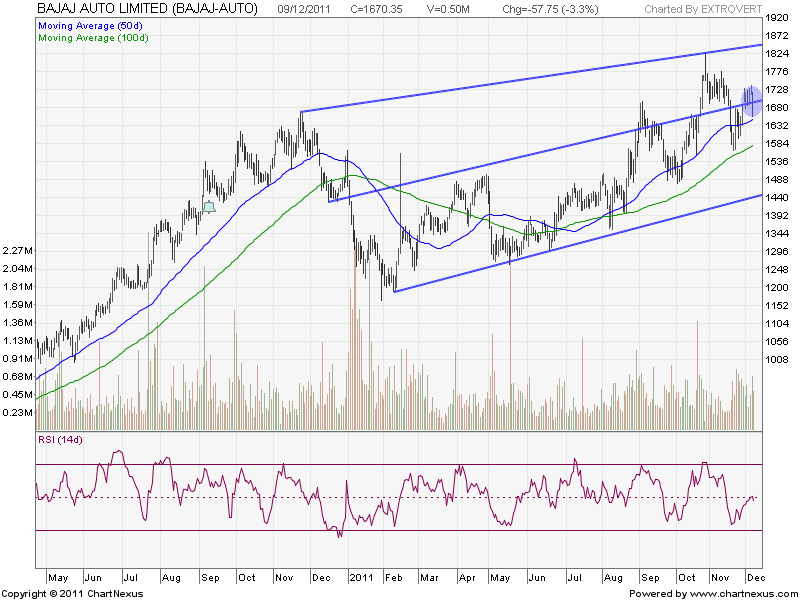 When putting on a trade, enter it as if it has the potential to be the biggest trade of the year. Don’t enter a trade until it has been well thought out, a campaign has been devised for adding to the trade, and contingency plans set for exiting the trade. Stock becomes sell on rise once it closes below 1648. Rel capital was up by 1% on friday when whole markets were falling. Stock looks week on charts from the entier ADAG .Above 303 stock again enters in the channel which it broke on Thursday session.