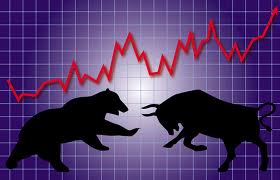 Below is my Interpretation of FII OI data Sheet for 07 Dec.

2. FII has added  longs as the volume tick in morning came at 5066 NF means big fund buying happening at that level, The significance of 5066 came in last half hour of session when we had a waterfall decline but morning low 5055 and 5066 were not breached.

3. As NF  was almost up by 60 points before last 1 hour decline with Open Interest addition by  FII . Rise in OI with rise in price means longs got added.

4. NF total OI was at 2.3 cores with 4 lakh addition Longs got added from retails and HNI also.

5. For December Series FII are still long in 1.16 lakh contract of NF.

6. As I pointed out yesterday  Nifty formed an inside day on Monday making way for range breakout in tommrow trading session above 5062 or below 5002 and Nifty as soon as it moved above 5055 just blasted in first 15 mins of trade rose by almost 50 points.

7. It has been 3 days in a row NF gave closing above 50 SMA which is bullish from short term perspective.

9. As per Options data  5100 CE has highest OI of 63 lakhs and 4700 PE has highest OI of 85 Lakhs. 805Lakhs OI reached with just 8 days in series means market participants are confident of holding 4640 as bottom and PCR trading at lower end of 0.87 means still we have few steam left in the current rally and probably move to fight zone of 5110-5160.

11. Hourly charts looks overbought and cooling off till 50 SMA @5016  will be health for nifty.

12. FII SAR level  comes at 5012 below this level FII will turn sellers. Will be helpful for Intraday Players