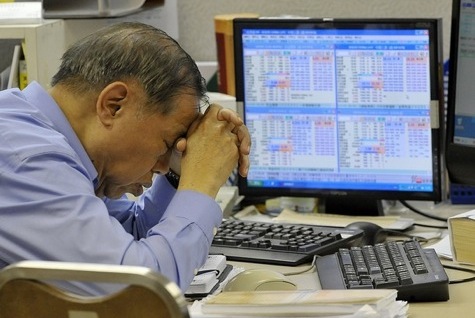 Over the years, I have seen several people (including myself) lose fortunes while trading stocks, and I’ve found that invariably, it would be for the same reasons. Such reasons appear mostly psychological and occur often in the trading scene.
It is a known fact 80% of traders lose money and 20% makes profits on the expense of 80% traders going well verse with
Pareto principle
So what exactly is the reasons behind that the misery of traders losing money.

Trade without plan: Most of traders enter the market based on there intuition. They just want to trade as soon as market opens without having any knowledge of volumes, support and Resistances. They just trade coz they want to trade.

Over Leverage: Traders often try to carry too big a position with too little capital, and trade too frequently for the size of the account.

Over Trade: if suppose a trader make 10K in a day he will not stop and electrified with the winning streak bet more and end up losing all the money earned.

No Stop Loss: No trading plan means no specific risk is defined and hence Stop Loss is a BIG NO.I AM ALWAYS RIGHT ATTITUDE.

Directional Bias: Traders make up their mind that I want to be either long/short and fail to take position on what market is signaling and hence make losses.

No Discipline: Not following a disciplined trading program leads to accepting large losses and small profits. Many traders do not define offensive and defensive plans when an initial position is taken.

No Holding power: Traders take large positions at one shot and are unable to bear the shakedown which market gives in extreme cases and are forced to square off the positions.

GREED: It allows traders to lose profitable positions to move into loss while they hope for large and unrealistic targets.

No Patience: Losing Traders do not have patience for price level to come and take positions; they just want to enter as soon as they start trading.

No Money Management: Due to no trading plan, Traders have no money management plan and are wiped out of market.

No Shorting: It has been observed that most of losing traders fail to take shorts when market is falling, they thinking shorting as a taboo and always go along with long trades only.

Traders believe what please them to believe and are blindfolded by their own vision they fail to recognize warning what market is throwing at them
.
Bucking the trend: Market is falling let’s take a contra trader kind of attitude wipe out a trader from market.

Traders plan to buy at lows and sell at highs and get stuck with a losing position 90% of the time.

Beginner’s Luck: A novice trader will always make money in first few trades and get overconfident and does mistake which make him surrender all profits and in many cases start making losses on all trades.

Averaging a Losing trade is biggest blunder a trader can do.

Most of traders are under capitalized and trade position to large as compared to there actual trading capital.

Unable to accept small losses and turn those losses in big one which wipe out there entire trading capital.

Trading on Tips and market rumor.

Trading with emotion and heart instead of mind.

Get out of a profitable position at an early stage and holding a losing position till it gets squared off.

Failing to digest the fact that market is supreme and we are just a drop in a large swarm of people.

Getting whipsawed by volatility.

I hope reader will try to overcome the common losing mistake by going through this article and make there way with 20% of profit making traders.

I would request readers to add few points which i might have missed or happened with them in there trading career.

12 thoughts on “Why Traders Lose Money?”