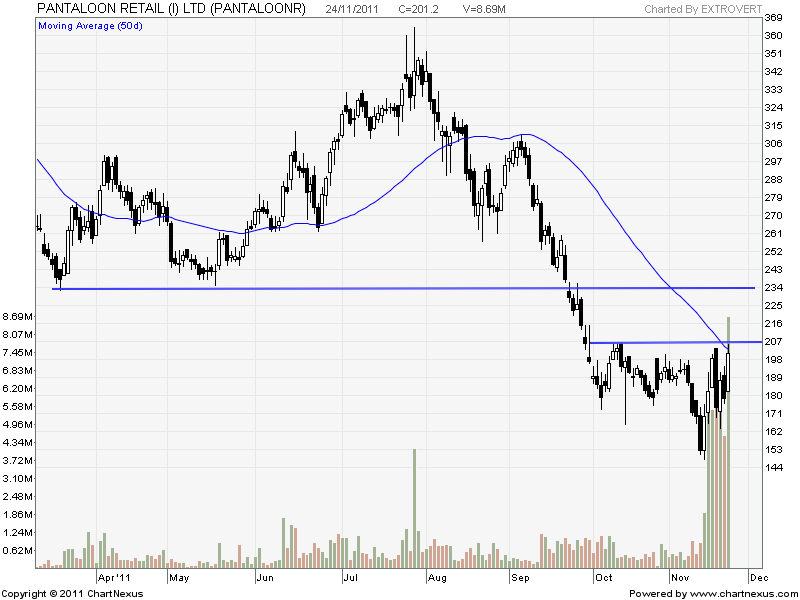 GOI has approved FDI in retail sector a big move towards liberalization and reform. The government paralyses is coming to an end. All Retails Stocks Like Pantaloon,Shopper Stop will be in focus today.

Cabinet today cleared the bill to increase foreign direct investment to 51% in multi-brand retail and 100% in single brand.

As per Kishore  Biyani India will sees inflows of $8bn in 5-10 years. Pantaloon moved up 12%  with huge volumes yesterday and took resistance at its 50 SMA@205.  Traders have bought on speculation that GOI will pass the Bill and it happened. Stock should open Gap up today.215 is major resistance for the stock. Shopper Stop is also showing bullish momentum as it closed above its 50 SMA. Stock is taking support at its rising trendline which is bullish as its forming higher lows. Bharti will also be in focus today as its Joint venture with walmart.

Stock broke down its trendline on Thursday but immediately recovered on Friday and faced resistance at its 50 SMA @384.