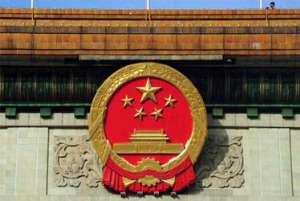 BEIJING: China’s central bank cut the reserve requirement ratio for its banks on Wednesday for the first time in nearly three years to ease credit strains and shore up activity in the world’s second-largest economy.

The 50-basis-point cut in the reserve ratio showed China’s monetary policy has swung into easing mode as economic growth slows while inflation eases.

The cut lowers the reserve ratio for China’s biggest banks to 20 percent from record highs, and frees up funds that could lubricate lending to cash-deprived small firms.

The new ratio is effective December 5, the central bank said in a short statement on its website.

The central bank last cut the reserve ratio in December 2008, when China’s economic growth floundered on the global financial crisis.

In a major rating action review of as many as 37 banks globally, S&P has incidentally upgraded two Chinese banks – Bank of China and China Construction Bank.

A credit rating is generally considered as a tool to measure an entity’s creditworthiness. The downgrade would make it costlier for the banks to access funds, while their funding needs for day-to-day activities in the overnight debt market could also become more expensive.

On its part, S&P said that the ratings have been reviewed to apply its new ratings criteria for the banks, which it had finalised earlier this month.

The new rating methodology is said to be aimed at a greater focus on the ability of banks to handle the market and economic uncertainties and the likelihood of any support from the government for troubled financial institutions.