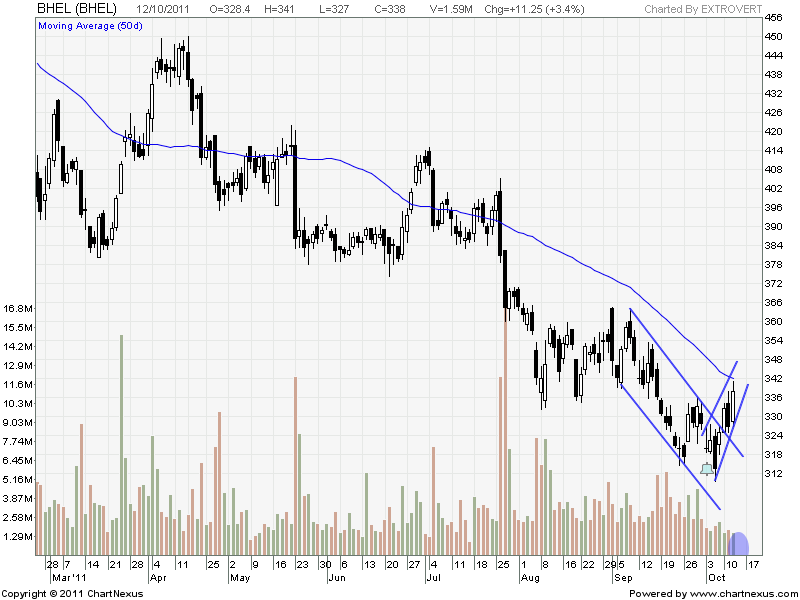 Unsuccessful Traders  would rather lose money than admit they’re wrong. What is the ultimate rationalization of a trader in a losing position? “I’ll get out when I’m even.”

Why is getting out even so important? Because it protects the ego.

I became a winning trader when I was able to say, “To hell with my ego, making money is more important.” BHEL is facing resistance at its 50 SMA @342. Move above this will be sharp RIL is heading towards breakout above 852. 1 thought on “Trading Calls:Reliance,SBI and BHEL”