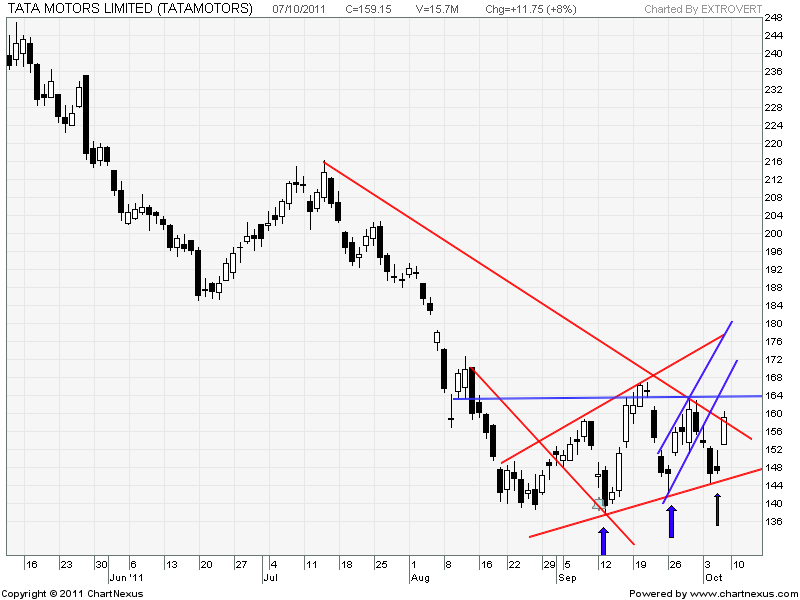 Good trading is not about being right, it’s about trading right. If you want to be successful, you need to think of the long run and ignore the outcomes of individual trades.

Ruin is the risk you should be concerned with the most.It can come like a thief in the night and steal everything if you’re not watching carefully. Jubliant was on its dream run from 527 taking support at its 200 DMA and doubled with making at high of 1021 and after that it had a water fall decline earsing almost 40% in matter of 7 trading session. Its always dangerous to capture a falling knife.

200 DMA was support for stock and now 200 DMA will become resistance. MnM  has been facing resistance at its laxman Rekha at 827 and unable to break it for 2 times, Making the case of Double top.

Stock has been on its dream run and making new life highs but around 826 supply is coming and unable to break the same while on lower end 770 odd levels are good support. Bank Nifty made the low of 8626 and bounced back in line with Nifty. Bank Nifty has broken its August low of 8917 but Nifty is still to break 4720.

Bank Nifty has been under severe pressure after Moody’s downgraded SBI.