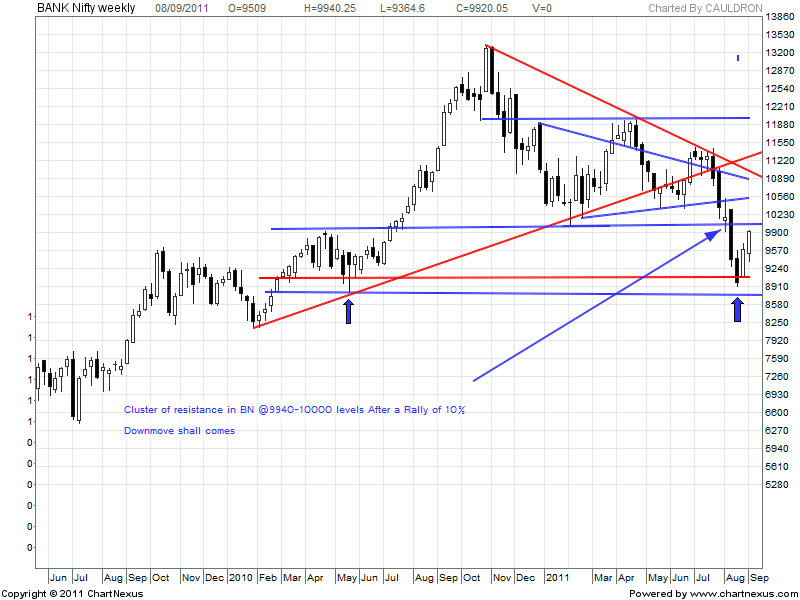 “Everyone makes an ego mistake once in a while, but only a foolish player does it often. Unsuccessful traders are always having  self-delusion and wishful thinking.  He can’t accept his own incompetence, so he attempts a recovery shot that’s usually beyond his reach.”

Bank Nifty has rallied almost 10% in past 7 trading session after having severe fall.Looking at Weekly chart of BN it is now moving into its cluster of resistance zone between 9940-10000. Risk to Reward for Shorting looks good at This Juncture. BHEL is trading in the range of 1700-1820 and currently trading at the Upper end of range.

Whenever a Stock goes in a trading range Best strategy is to Sell at Resistance and Buy at support till one side Sl gets triggered. Land Acquisition Bill has been a bad for realty companies as they need to Shell out more money to compensate for People whose land is getting acquired. Well am Happy in sense after 60 years People will get some good money for there land which is well deserved for an sacred asset as LAND.

Looking technically DLF Laxman Rekha is 208. This was the Level which supported DLF before giving a free fall in August.