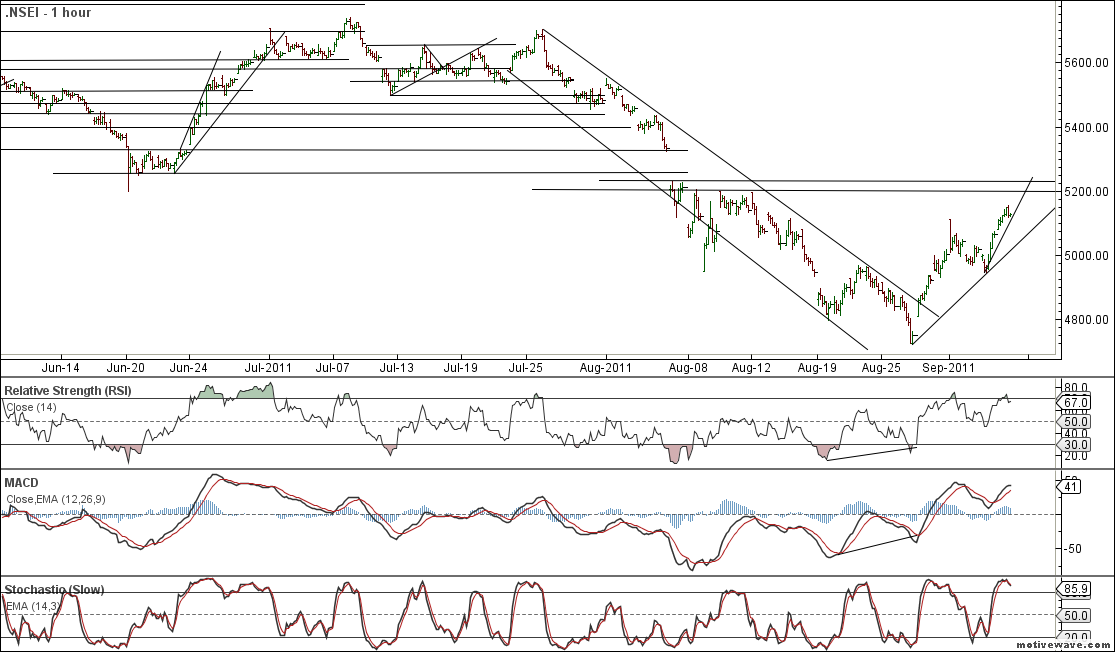 It’s not by making large profits that money is made over time. It’s by consistently keeping losses small in relation to profits. We make Profitable trade we get excited next trade if we are losing money Most of traders keep holding it in HOPE of getting back to profit and mostly it never comes and they Loss the Profit of there previous trades also.

Hourly charts are showing a smart recovery shown by Nifty from the low of 4950.Every Dip is getting bought into. Only concern are the Volumes Today’s Rise was backed on trade of 3,83,699 Contracts which is less than the Traded Contract in last 12 Sessions. Rise on back of Less Volumes is a cause of concern for the strength of the Up move. As on Hourly charts we have seen a vertical rise and Negative Divergence can be seen in RSI and Stochastic. On Daily chart pattern as I have been mentioning the break of channel will lead to breakout and move above 5015 was for short term reversal.Both worked fine and we have closed above 5100 levels. 20 SMA@4999 is the Support below which Nifty will be a shorting candidate.