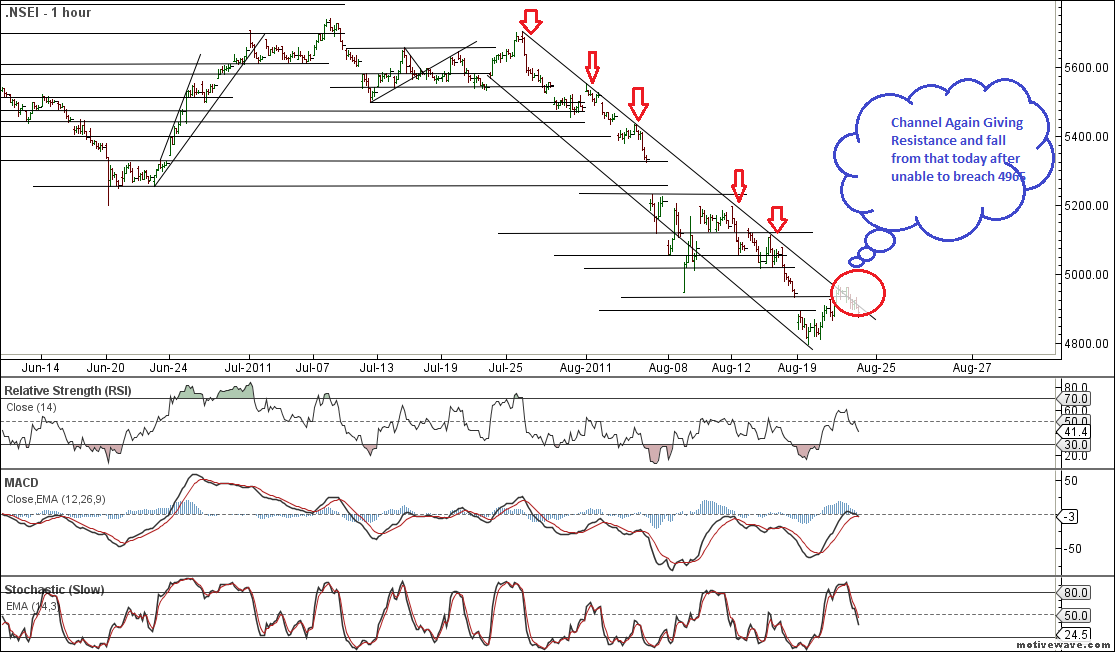 Nifty Series expiry generally brings more pain to the people who are already in pain.

This month, bulls are in pain – as if someone have bought at 5400 he is also down by 600 Points if the person is still Holding and he will have to exit position. Besides Bears and are in profit and will rollover  their shorts unless a delivery based buying happens which does not look either as FII sold 10 K Cores in Cash in August Expiry

Selling will again create a snowballing effect Small Selling can lead to more panic and downside with Expiry happening on lower end of trading range ie. Somewhere near 4800 or below. On Hourly Charts Nifty briefly in morning moved above the channel but was unable to move above the crucial level of 4965 and weakness crept in NIfty . Dying hours of trade we saw a breach of another Important level of 4900 and closing below it. On Daily Charts we have formed an INSIDE DAY candle which gives a good trading opportunity if it breaks 4865 on downside and Break of 4932 on Upside.

Expiry Day will be volatile and Trade with less Volume as Volatility will be High with 10-20 points Spikes coming in matter of Mins.