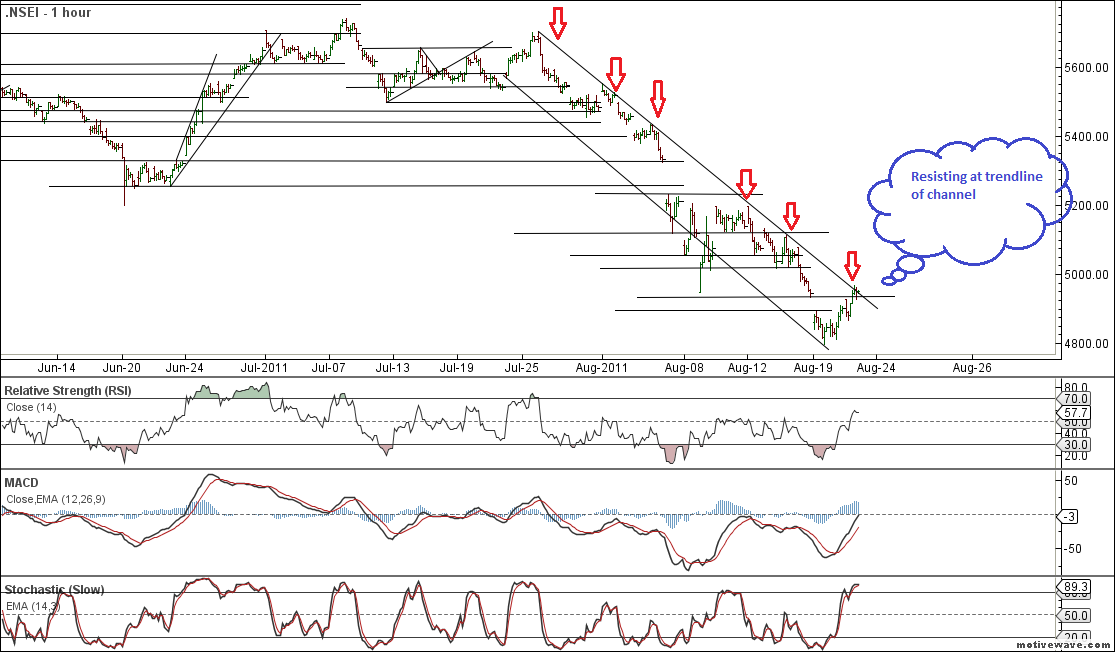 The safe way to double your money is to fold it over once and put it in your pocket. On Nifty Hourly Chart Market resisted at the channel resistance @4965-76 levels and gave a quick fall. Today the Gap of 4893-4932 got filled and Hourly Indicators have become overbought.

Support will come at 4932 which is previous Resistance. On Daily Chart Market is approaching the Wall of Resistance @5010 which if not crossed will lead us back to lows of 4800 and will break that. On Weekly Chart Nifty will face resistance at trendline of 4976 and 5000 as shown in above chart.

FII have sold 10K cores in cash this August Series hence we need to see the crossover of 5010 else this is just a short covering a Rally.

4 thoughts on “Has Nifty made Short Term Bottom?”