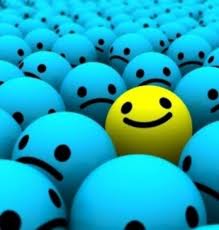 India Declared its GDP yesterday and it was the slowest in past 18 months.Given the way Stock Markets are falling in August one got reminiscence of 2008 Crash and pain the investor went through.

As per Economist there are still 50% Chances of going through recession in wake of sovereign crisis occurring in Europe.S&P Came with GDP cut for European Countries yesterday but still did not said that recession is looming.

I always have doubt on the crediblity on these so called analyst because once event happens than they come out with a report and it seldom comes true.

Still Remember JP Morgan putting 200$ buy on crude in 2008 when it crashed to 40$ So there rating are always taken with a pinch of salt.

Talking about the worst Case Scenario which means Double Dip recession — As per US fed he has committed for nearly 0% interest rates for another 2 years and Serious damage can only happen when one of European Banks fail.

Banks are much more stronger and capitalized as compared to 2008 and hence this scenario becomes a Distinct and remote possibility.

Coming to Second Scenario on Borderline Recession — Well this is quiet possible with” Political bungling and brinkmanship” we have seen in Debt Ceiling crisis in US and European stronger economy France and Germany not agreeing for joint EU bonds.

European Politician are squabbling over the Future of Euro and the 17 Countries using the common currency.Euro zone can only be saved when Stronger economy France,Germany, Holland agrees permanently to help out regions in trouble PIGS(Portugal,Italy,Greece and Spain).

This economic Price is necessary to maintain Political vision of a Unified Europe,if not eventually it will led to a downfall of EURO.

Euro Bonds is one of solution but to explain the same is out of scope for this article.

This will lead to a decline in private investments and in turn will lower consumption which could be potential recipe of a Borderline recession.

Now coming to our last scenario Slow down in growth — When there is lot of goom and doom about the double dip and government across the world knows about it it chances of happening it are quiet low.

Austerity measures in EU Countries, UK are showing effect which is to reduce the goverment debt and make there balance sheet strong.

Besides we have almost grown below expectation in first half of 2011,this low base can act as a BOON as it makes easier to grow on second half.

From India’s perceptive as Indian Story is more a Consumption based Story nothing much needs to be done it there is borderline recession or Slow down in Growth.

Our only Fear is INFLATION to come down if it does not RBI will keep on HIKING the rates which is turn will sacrifice growth  slow down economy and will affect the purchasing power of individuals.

Indian Government should speed up decision making,prune out wasteful subsidies,speed up Land acquisition and environmental clearances that have stalled many projects.

1 thought on “Can India Sustain another recession”