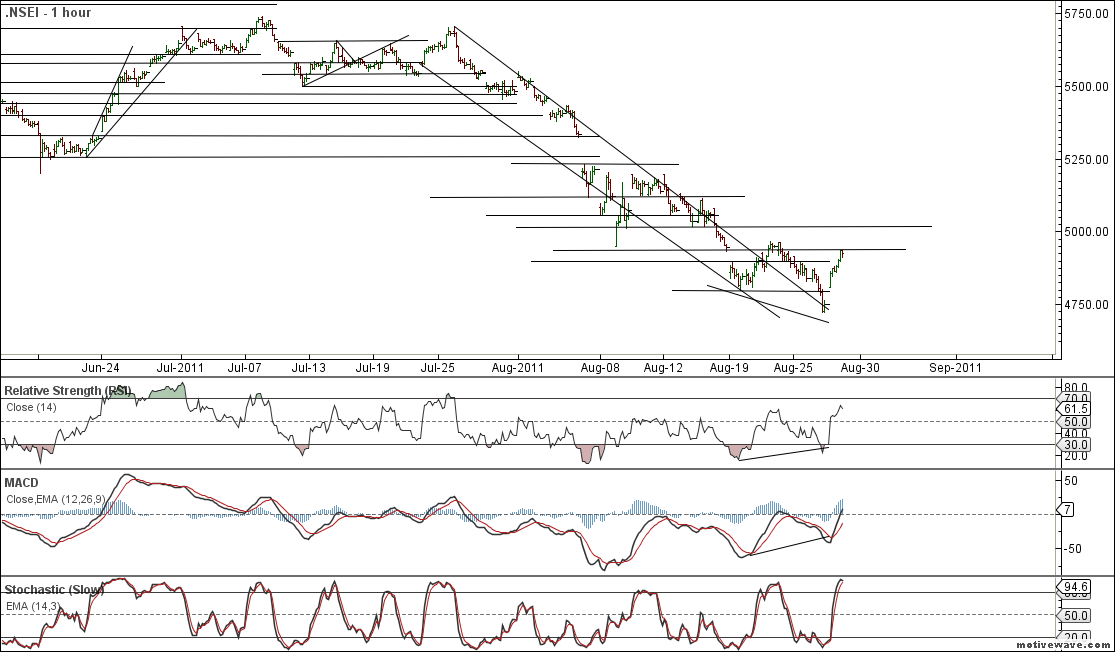 Stopping out of losing positions is the only sure way to maintain survival in difficult conflicts and to achieve the complete victory that is your aim. To learn how to live to fight another day is the best advice that all traders can be given. Nifty Hourly resisted at Hourly Resistance of 4931 and looking at global cues should open gap up again of 30 Points. 5015 is the level for short term reversal and Shorts should keep the same as SL. As discussed in Weekly Charts Nifty has formed a falling wedge with positive divergence which has attributed in Yesterday rise. On Daily Chart Nifty is trading in a parallel channel with resistance at 4940 break of the same will lead to break above the channel.

FII Bought 45000 Contract in NF and Rise in Nifty can be more attributed to Short Covering as Open Interest in Down by 10 Lakh Contracts. As per Fibo 61.8% Retracement comes at 5035 which can be potential resistance for this upmove.

4 thoughts on “Are Bulls Back on D-Street?”