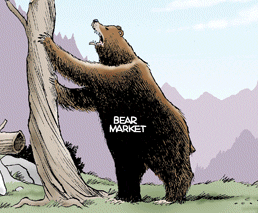 Nifty Hourly was unable to cross 5792 which was next level of resistance but reacted negatively at 5750 levels and corrected back below 5700 levels.

Trade below 5651 will add additional weakness to Nifty.

Watch 5610 very closely it has been a short term pivot Support.Break of this will take Nifty to 5565-5545 levels

Was it a fake breakout? As seen from the above chart Nifty broke the 5720 line giving a breakout from the Lower trending line but if we draw another trendline from the lows of 5177 it is clearly visbile Nifty reacted from that trendline.

So the Breakout will be at question? We will come to know next week Break of 5750 will give the real breakout as Nifty will start trading above 200 DMA@5750 also. On Weekly charts again Short term TA weekness is visible as Nifty was unable to close above the Breakout level of 5720.

Breakout will only happen above 5750 and Breakdown below 5610. As most of time market is in Sideways/Trading Range hence better to buy at lower end and Sell at higher end ie.5750 till Range breakout does not happen. Same Story on Monthly Charts So in all time frame Daily/Weekly/Monthly Nifty is stalled at higher trendline which technically overbought short term TA.Hence we can see a fall and Below 5600 areas Nifty can test gap area around 5566-5545. Breach below 5545 could gather southwards momentum.

All Levels Mentioned are Spot Levels.